So much for the mysterious girl seen with Olympic Swimmer Michael Phelps, she has been officially identified as Sarah Herndon and yes, like Michael’s previous girlfriend, Ms. Herndon is freaking hot!!! 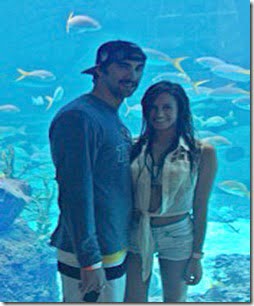 Michael Phelps (yes, for me he is ) has according to sources gotten himself a new model / waitress girlfriend, Sarah Herndon was on a holiday vacation with her family in Cabo San Lucas where she met Phelps, she was so impress by him that she decided to stay an extra day while her family flew home to California.

Michael Phelps’ new girlfriend is 22-year-old Sarah Herndon from San Diego, California model and a student at UCSC, a week after they met in Cabo Michael invited her to the Bahamas  and she sure accepted his invite!

You can find Sarah on Facebook by clicking here.