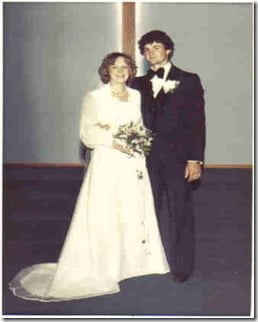 Los Angeles coach Darryl Sutter must be happy with his recent teams victory! Greatness does not come easy but the love for what he does can almost be touched. Although he is happiest the most at home with his family. The veteran NHL player turn coach was born on August 19, 1958 in Viking, Alberta. His parents’ names are Grace and Lewis Sutter. His brothers’ names are Gary, Brian, Brent, Duane, Ron and Rich. My dad grew up on a farm near Viking, Alberta.

Coming from a hockey-playing family, they all grow up to be loyal to one another and to their hometown. They all have homes near their parents’ ranch. They have formed a Sutter Foundation that has raised money for local projects such as hospital equipment and a shelter for battered women.

Wanda’s hubby enjoys besides hockey;  golf and farming. The couple seems to have been there for each other after 33 years of marriage. In 1995 Darryl acknowledge he was needed at the Family’s farm. He came back to stay, for the foreseeable future, at least. The couple’s third son needed special attention, Christopher, born with Down’s syndrome.

He said he was leaving because his top priority was helping his wife with the strenuous schedule of caring for their youngest son at a critical time in his development. 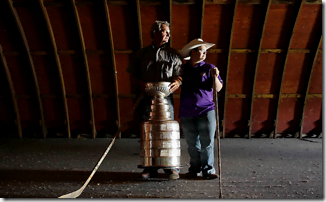 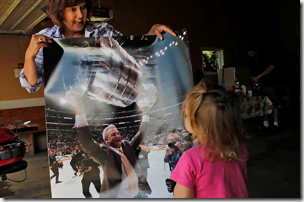 “Welcome to Viking, Home of the Sutters.” That’s how it reads the 640-acre Sutter ranch; is the most literal farm system in all of professional sports. Last year the family held a party to exhibit the Stanley Cup during a weekend. On the pictures we see Darryl dutifully holds it for photos but is otherwise more interested in being with his friends, wife, children and grandchildren attending the party.

They are a true united family.