Do you know what is Bas Rutten’s Net Worth? The retired Dutch mixed martial arts fighter Bas Rutten famous for his liver shot known as El Guapo did some acting, appeared next to Chael Sonnen, Joe Rogan, Wanderlei Silva, and close friend actor Kevin James in the 2012 film Here Comes The Boom.

What is Bas Rutten Net Worth?

According to celebrity net worth, Bas Rutten has an estimated net worth of $2 million; he made his fortune from  MMA earnings, acting, and coaching later on. Bas was born in Tilburg, the Netherlands on February 24, 1965. His parents prohibited him from practicing martial arts after he broke the nose of the biggest bully in his neighborhood and the police showed up at his house. Luckily he resumed his training a few years later and the rest is history.

In addition to acting and MMA, Bas made an income from his book and fighting coaching videos, workout fitness systems like  his punching machine BAS (body action system), his lung trainer O2 Lung Trainer, other apparel sold on his website.

Who would have thought the skinny boy, with asthma that was bullied on a daily basis, would grow up to become a mixed martial arts heavyweight champion, kickboxer, professional wrestler, UFC Hall of Famer, three-time king of Pancras world champion

Bas Ruttenstarted practicing kickboxing at the age of 20, recording 14 wins all by knockout and 2 losses; he made his professional debut at Pancrase against Ryushi Yanagisawa on September 21, 1993; Bas knocked him out in 48 seconds. He fought a total of 33 fights, won 28,  and 4 losses.

Dana White announced Bas Rutten as the next UFC Hall of Fame inductee on May 22, 2015. The ceremony was part of the UFC’s “Pioneers Era Wing” at the UFC International Fight Week on July 11. Bas finished his career on 22 fights under an unbeaten streak of 21 wins and 1 draw in four hours 27 minutes and 8 seconds.

Dr. Robert Goldman who hosted the 7th Annual International Sports Hall of Fame inductee ceremony at the Arnold Sports Festival in Columbus, Ohio said of Bas during the ceremony

“Rutten spent as a pro fighter knocking 13 opponents and never got dropped himself, his significant accuracy record of 70.6% is the highest fight metric ever recorded, attempted record of 53 submissions and successfully swept his rivals 46 times as a pro fighter. His favorite fighting tactic was the liver shot, he fought 16 times winning the first 14 by KO and 13 in the first round.”

“Bas returned to Pancreas taking 8 more victories bringing his unbeaten streak to 19 straight fights, he was the first European to be inducted in the UFC Hall of Fame.”

During his acceptance speech Bas thanks his wife, mentors, Kevin James, Arnold Schwarzenegger, and also all the bullies.

“I like to thank all the bullies who bullied me when I was a kid, I mean those are the real reason I’m standing here right now, so thank you guys for that as well of you probably don’t know but I had a horrible skin disease when I was a kid, I had severe asthma attacks like an attack for a week in bed not able to eat because I couldn’t breathe and that hand-in-hand with the eczema which was very bad on my hands and in my face; and people always ask me how did you deal with that, I said it was very easy, I always knew that it was somebody wh0 has it worse that I had.” 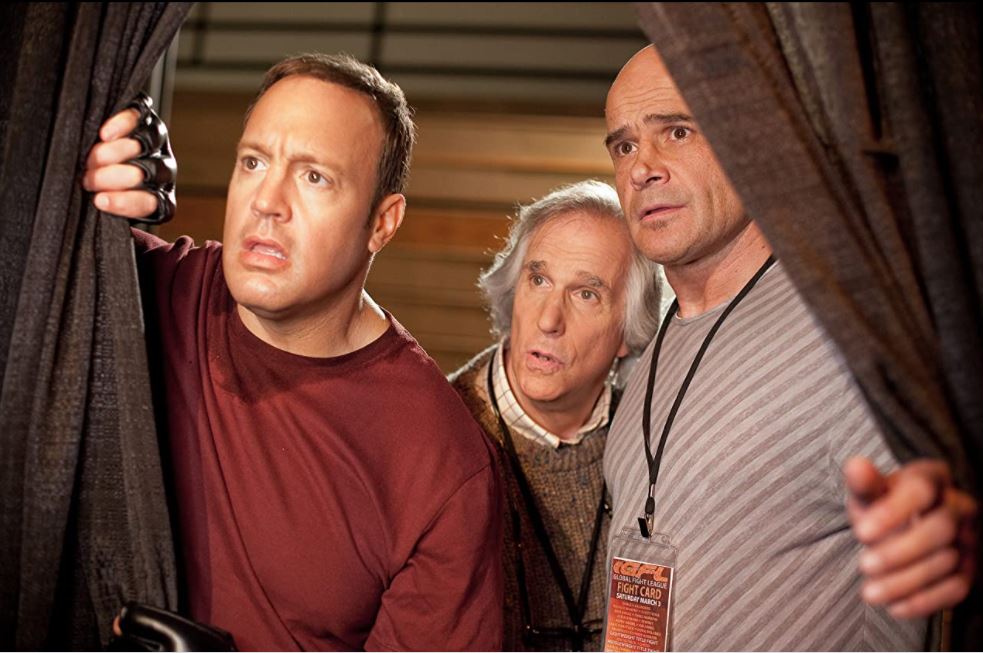 After he retired from MMA, wrestling, and kickboxing, Bas Rutten made his acting debut in the 1992 film Shadow of the Dragon, he later appeared on some episodes of t.v. series like Martial Law, Freedom, and the King of Queens in 2000.

He also appeared in several documentaries like The Smashing Machine, Modern Warriors, Fight Science, and Myrskyn Ratsastajat. Bas also made cameos in the videogames Grand Theft Auto, EA MMA, WCW vs. The World, and UFC Undisputed 3.

As previously noted Bas Rutten got in his first street fight as a teenager he said it was the biggest bully in his hometown, the fight ended with the bully’s broken nose and later, the cops showing up at his home and his parents prohibiting him from practice MMA.

Several years later Bas said MMA fighter Paul Varelans bit him in the back so he threw him through a window in Kiev.

I threw Paul Varelans through a window. He attacked me from the back; he was drunk, I was drunk, you know. He started playing around and he bit a hole in my back. His teeth went through my back, through my skin. I said, let go man, you’re hurting me, so I slapped a Kimura lock on him and I threw him, WWHUUUHHP! And he flew away through a glass window. He went to a hospital to get a few stitches, but it was all in good fun because we’re friends.

Rutten ended up in jail in Sweden after he got into a brawl with several bouncers at the same time.

Bas Rutten has published two books, Bas Rutten’s Big Book of Combat volume one and two, published in September 2002. The books come with over 5,000 combat illustrations and 6 audio CDs to give readers a complete insight into all of Rutten’s fighting techniques. 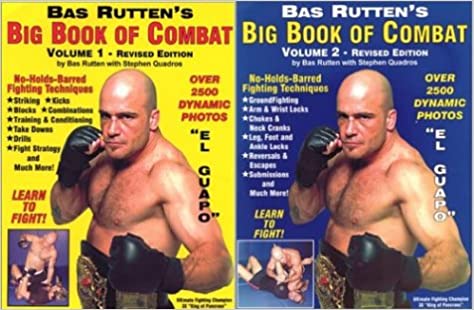 Bas Rutten has 10 tattoos, he has stated all of his tattoos have spiritual and emotional meaning; for example, his palm tattoos, on his right palm has China’s Qi that means life force and life power, he said since getting that one, he never lost a fight so he figured it worked, so he got a second one on his left palm that means a shout a very old Japanese symbol that means long life.

Bas Rutten has been married twice, he has an older daughter from his first marriage and two more daughters from his second marriage to his wife Karin. His eldest daughter Rachele who lives in Belgium made him a grandfather in 2015.

“I have a 17-year-old daughter in Holland and she’s with my ex-wife, and I have two girls here with my wife now. I’ve been with her for 15 years already, which is something unbelievable; living with Bas Rutten for 15 years! She’s a keeper and the kids are really cool. 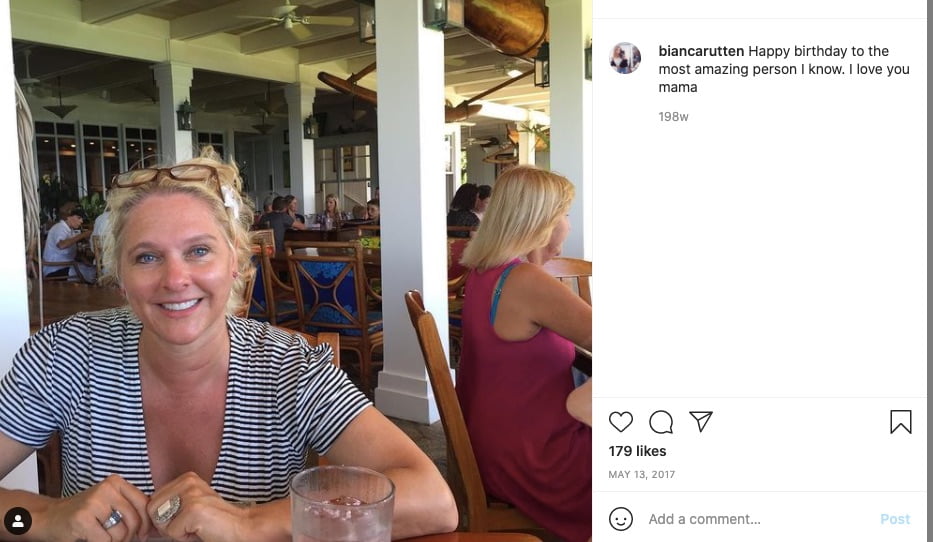 Karin Rutten is Bas’ second wife and momma of his two youngest girls, Sabine and Bianca. Karin born on May 13, 1970, met Bas through a mutual friend on May 25, 1992, they started dating, welcomed two girls, and finally tied the knot on December 2, 2002, a very low-key ceremony with their closest friends and daughters. 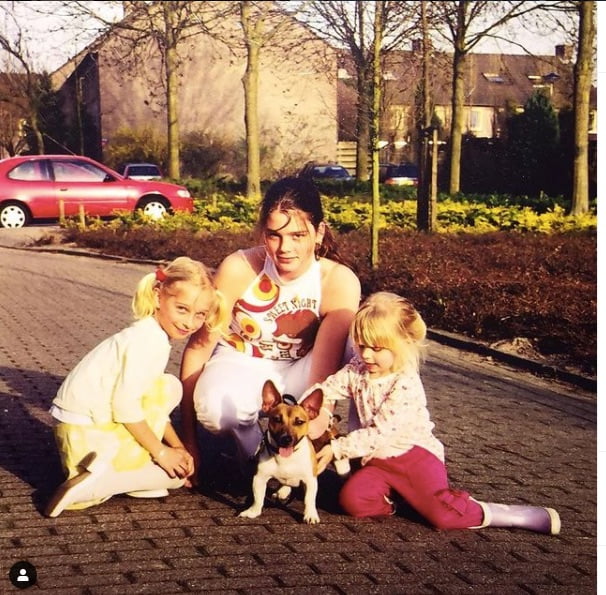 Rachele Rutten his eldest daughter born from his first marriage; Rachele and her husband Derek, welcomed their son Scott in 2015. Rachele was 17, when she first knocked out a guy

My oldest one, the 17-year-old, just knocked a guy out on the street. She called me and told me she dropped somebody, and I was proud to hear that! My oldest daughter is 5’ 11” and she’s strong. I don’t think I need to do anything for her. She’s very smart and she’s very solid. She will always make sure she’s not drunk when she’s out with her friends you know? I don’t think I’ll have a problem with her. 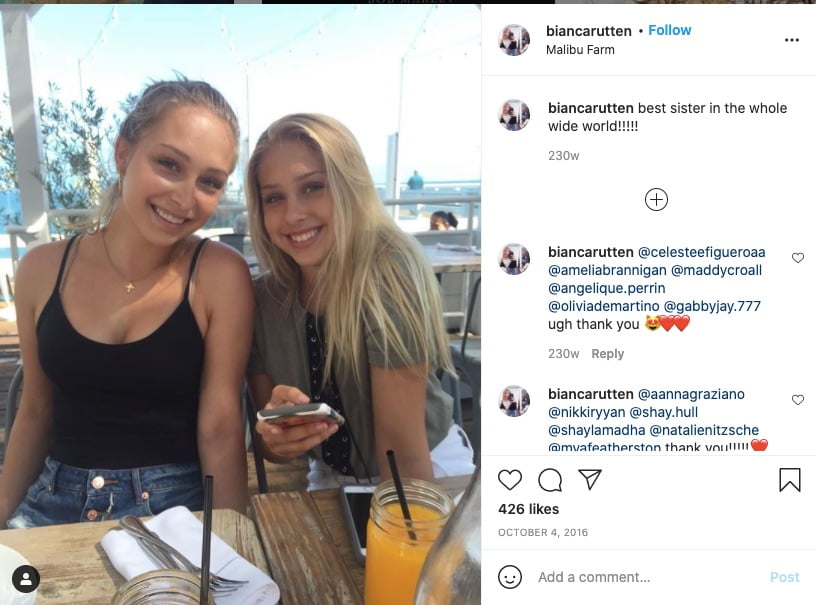 His youngest daughters are Sabine Rosalie (b. 1996) and Bianca who graduated in 20109, from Westlake High School and is dating Patrick Daniels, born from his second marriage to Karin.

My 10-year-old wants to be a dancer and singer, and my youngest one is a little boss. She’s got abs and biceps and she’s five-years-old. It’s crazy! She’s high, high energy and she’s jumping all the time, even when she’s talking.” Bas said about Sabine and Biance several years ago.