Meet the lovely Daniella Rodriguez; she is Miss Texas 2016, a beautiful young woman; but most importantly is that Daniella is the wife of Puerto Rican MLB player Carlos Correa, the 6’4” shortstop for the Houston Astros.

Where is Carlos Correa From?

MLB shortstop Carlos Correa is from Ponce, Puerto Rico, one of the most populated cities in Puerto Rico located on the southern coast of the island. Correo grew up in Santa Isabel’s fishing village Barrio Velazquez; his house was badly damaged in 1998 when Hurricane Georges struck took 604 lives and damaged mostly Puerto Rico, Hispaniola, St. Kitts, and Nevis. 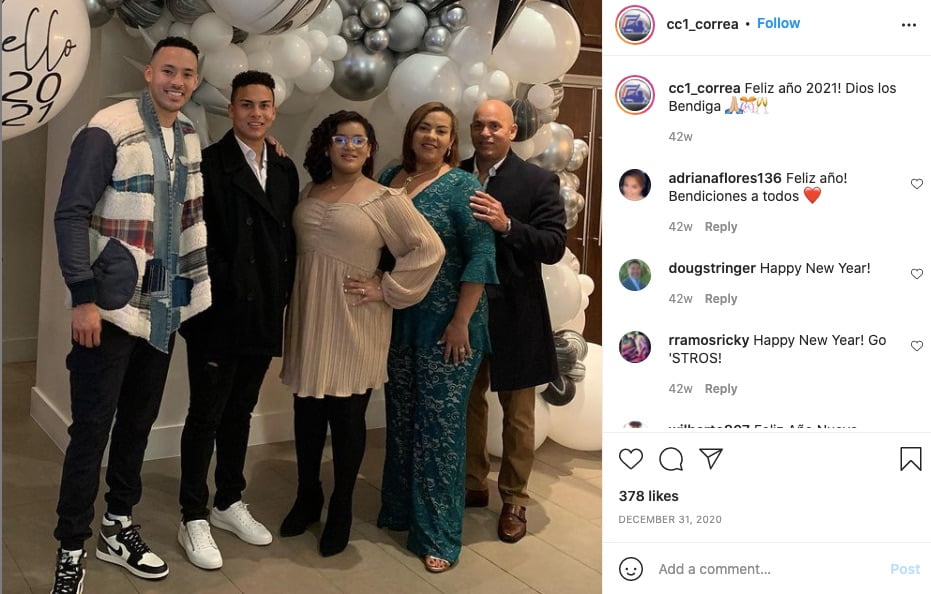 Carlos Correa is one of the children born to Sandybel Oppenheimer and Carlos Correa Sr. who was the first to train a five-year-old Carlos during his free time, he loved the game but he had a family to support, he worked in construction and fishing, his wife worked hard too from the local supermarket to the water bottling companyand even cooked food.

His brother J.C born Jean Carlos Correa born on September 15, 1998, in Ponce, Puerto Rico attended Lamar University and Alvin Community College; like his famous brothers plays shortstop. On June 19, 2020, The Houston Astros signed J.C. as an undrafted free agent, but they had drafted J.C. twice before that. The first time was in the 33rd round in 2018 and then again in the 38th round during the 2019 MLB draft.

“It means the world for me,” he told MLB.com. “I’ve been wanting to sign for two years now. I’ve been drafted twice [by the Astros]. I have some goals, you know. I wanted to get my degree and now that I got my degree, I will sign and play professional baseball. That is my other goal, to make it to the big leagues. I’ll work harder than I have worked my whole life to make it there. But for me it means to the world to be signing professional.”

Carlos Correa started playing baseball when he was a little boy in a little league team in Santa Isabel called Pampers League; later on, Correa joined Playita Cortada American Baseball Congress affiliate, followed by a stint with Rio Grande, where he played pitcher and was named the team’s MVP.

He played with the PuertoRico Baseball Academy & High School as a scholarship student after Carlos and his family moved to Barrio Velázquez. Correa transitioned to the bat after his coaches noticed his talent and discipline. In 2012 Carlos signed a letter of commitment with the University of Miami.

As of 2021, Carlos Correa has a net worth estimated at $7 million, according to Wealthy Gorrilla. Carlos Correa would be worth over $125 million or maybe even more when he reaches the free agency after the 2021 season.

Daniella is first and foremost a smart and beautiful woman, no wonder Correa pursued her like crazy. Luckily, she decided to give the young Ponce native a chance.

Some people believe, Daniella and Carlos met in September 2016, when the recently crowned Miss Texas was invited to throw the first pitch at the Astros game; because a few months after that, photos of them together appeared on each other’s Instagram accounts. 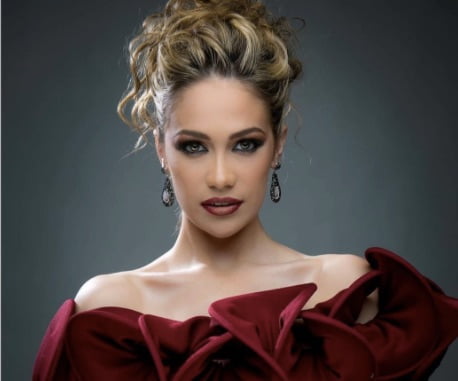 24-year-old Daniella from Laredo, Texas (b. July 28, 1996), was 16 years old when she became Miss Texas Teen in 2013, three years later she won the Miss Texas beauty pageant; becoming the third Latina to win the contest in a row, she has Mexican roots.

At that time, Daniella was in addition to working at her family business, a student at Texas A&M International University. 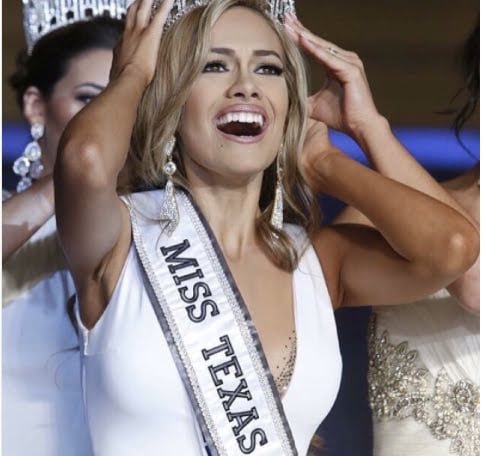 Back in 2013, Ms. Rodriguez, already the recipient of a UIL One-Act All-Star award; was an aspiring actress having appeared in six mini pre-thesis films at three University of Texas.

Carlos asked Daniella to marry him right after the Astros won the World Series in Los Angeles.

Carlos Correo and Daniella Rodriguez got married in a courthouse on November 11, 2019. 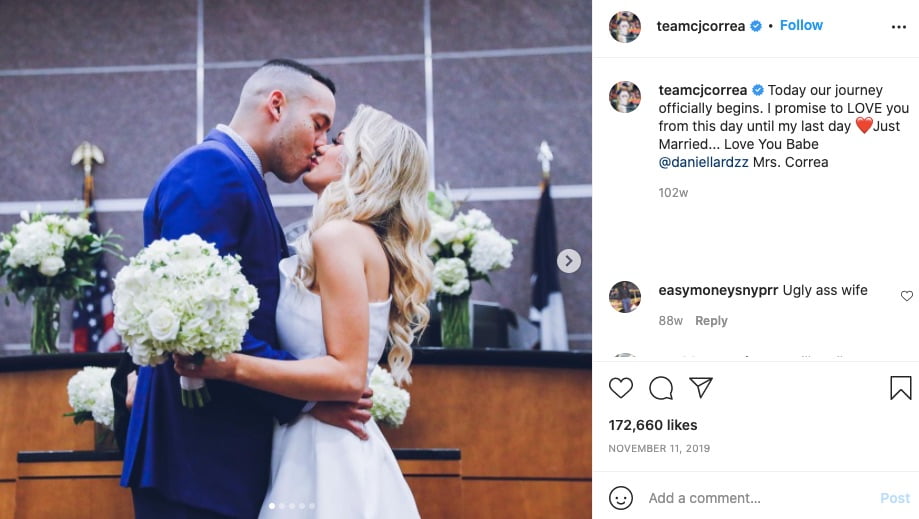 They celebrated their religious nuptials with friends on family on December 7, 2019, in the Dominican Republic. 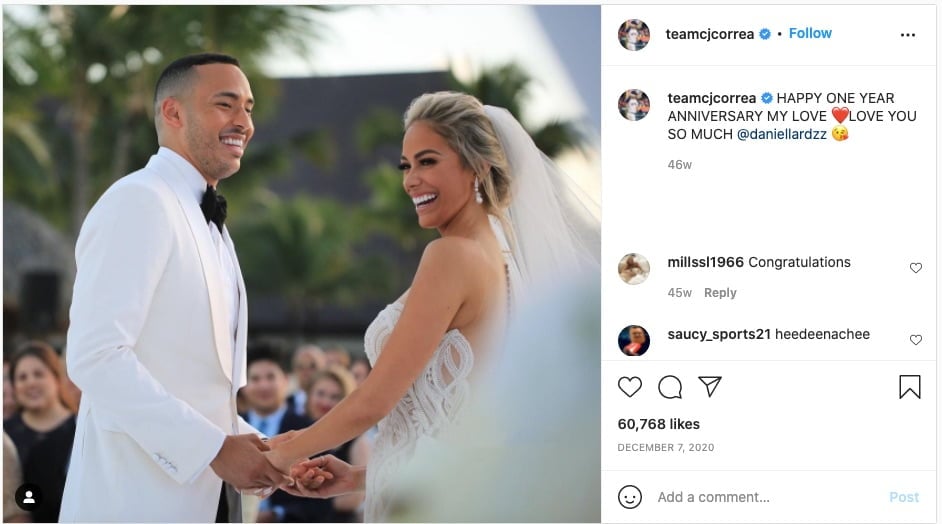 Daniela and Carlos Correa revealed they were expecting their first child together thru Instagram on June 16, 2021. 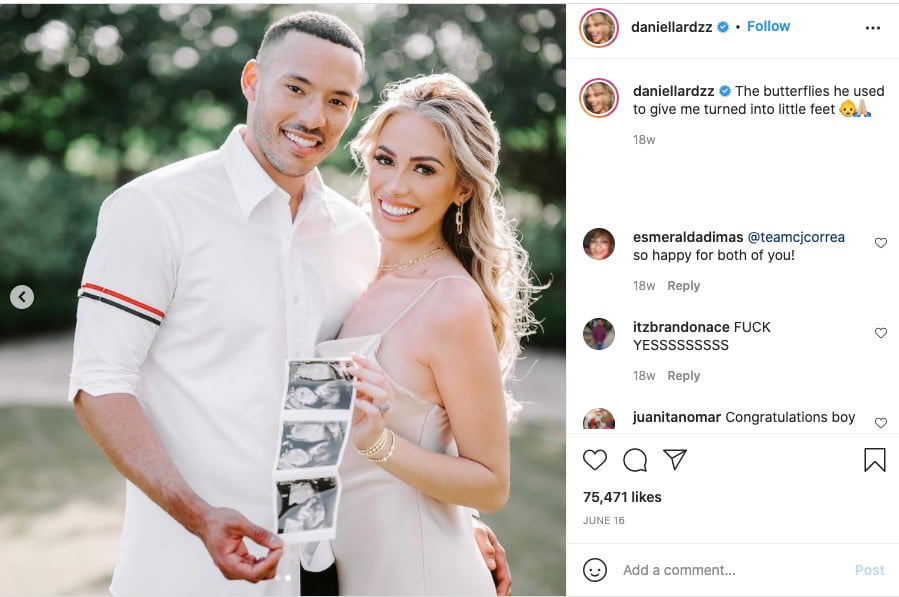 On August 13, they revealed they were having a boy! 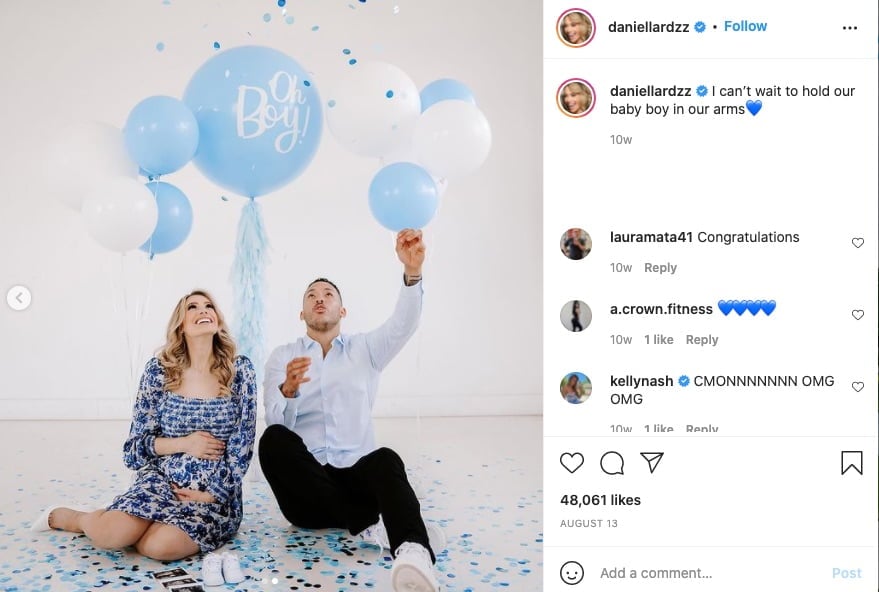