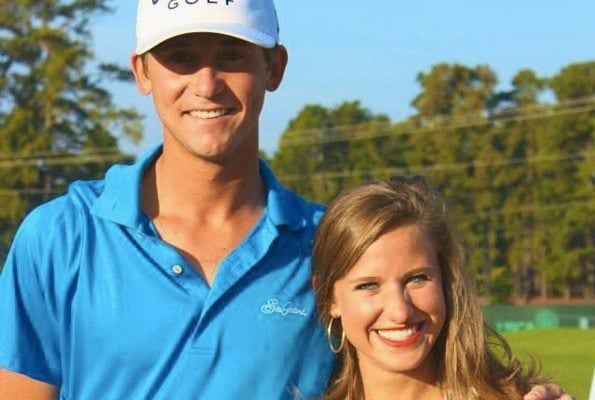 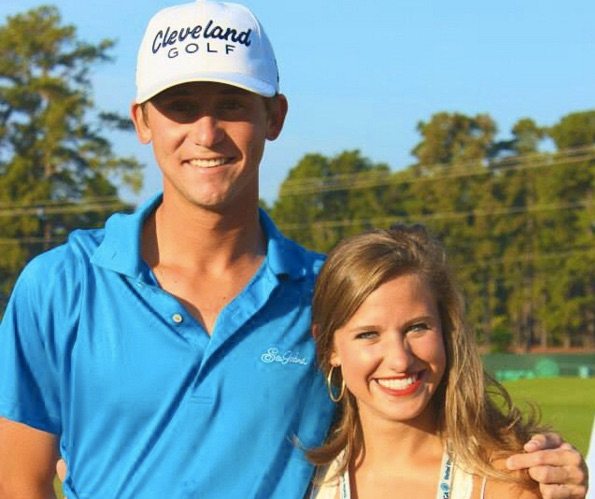 Francie Harris, is the new PGA Wag we are here to talk to you about. Francie is the pretty girlfriend of PGA golfer Smylie Kaufman, the young promising golfer from Alabama.

Francie Harris’ boyfriend Carter Smylie Kaufman was born in Birmingham, Alabama one of two children born to Pam and Jeff Kaufman, who are also the proud parents of their son Luckie.

Kaufman’s grandfather Alan Kaufman was a golf coach at the University of Birmingham in Alabama where golfer Graeme McDowell was one of his students. Kaufman graduated from Vestavia Hills High School in 2010 and from LSU with a degree in Marketing.

Smylie turned pro following his graduation from Louisiana State University in 2014, that same year he placed 67th at the Web.com Tour Qualifying School final stage. The following year, at the Shriners Hospital for Children Open in a single stroke and over six players he earned his first career win, this granted him a place at the 2016 Masters Championships in Augusta, Georgia where he placed second, below Jordan Spieth.

23-year-old Francie Harris from Vestavia Hills, Alabama, the head of cheerleader of the cheerleading squad at Auburn University where she is working on her Human Development & Family Studies/Child Life major, is a member of the Freshman Forum and while she was a member of Omicron Delta Kappa and Mortar Board, AU High School Leadership Conference Counselor and a volunteer with Magic Moments and A-Team Ministries. Francie’s dream after graduating from College is to become a Child Life Specialist and work in a pediatric hospital.