The 56-year-old skater Dorothy Hamill is a contestant on the sixteenth season of Dancing with the Stars, partnering with Tristan MacManus. She is married to John MacColl, who is her third husband, since 2010.

62-year-old John A. MacColl is Executive Vice President and Chief Risk Officer since January 2006. He is responsible for the risk management activities of FTI Consulting. In August 2007, MacColl assumed the position of Chief Compliance Officer. He has been a general counsel for three large public companies, including FTI, since 1990. MacColl was Chief Legal Officer of FTI Consulting from 2006 to 2008.

He also was a senior executive at USF&G Corporation, then as Executive Vice President of Human Resources and General Counsel. MacColl also served as a partner in the commercial litigation practice at DLA Piper in its Baltimore office and was an assistant U.S. attorney in Baltimore, according to FTI Consulting website.

John was seen with tears in his eyes when his beloved wife announced she was leaving  DWTS on the advice of her spine surgeon, Mrs. Hamill said she had nerve damage that could be “irreparable,” 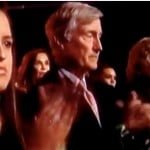 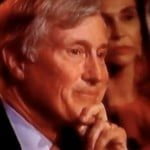