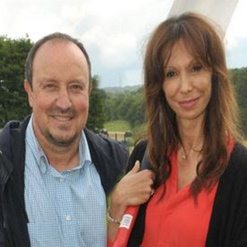 Meet Mrs. Maria de Montserrat Benitez aka Montse Benitez, she is the loving, caring, and beautiful wife of soccer coach Rafael Benitez, who could or could not be named Real Madrid’s new coach following Carlo Ancelotti’s sacking from the club.

Spanish soccer manager Rafa Benitez has managed Napoli since 2013, he is one of the possible managers set to replace Ancelotti at Real Madrid, others named are Zidane, Klopp, and Benfica’s manager Jorge Jesus.

If coach Benitez will take the reigns at Real Madrid, we are very interested in meeting Real’s first lady. Mrs. Benitez, so let’s meet her!

Coach Benitez got married to Maria de Montserrat Benitez in 1998 in  Madrid, Mrs. Benitez also known as Montse Benitez, 47,  gave birth to their first daughter  Claudia in Madrid in 1999, and to Agata born in Valencia in 2002.

Montse Benite holds a PhD in human rights and humanitarian law at the university in Spain, Montse worked for the Red Cross in North Africa. She launched her chariyty the Montse Benitez  Foundation in 2011, the charity

“I want to help people in my home. I didn’t need to go far away, abroad, to help because here in this town there are people who need our help.

“That is why I decided with Rafa to set up a Foundation to raise funds and then we’re going to give away funds to different charities and groups that help a wide range of people, children, elderly, disabled children, disabled adults, people with illness or problems in general.”

The College football community was shocked today to learn a very sad and tragic news, a … END_OF_DOCUMENT_TOKEN_TO_BE_REPLACED 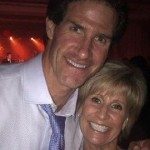 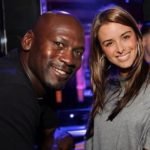