Meet Nicole Osbourne; she is the longtime on and off girlfriend of boxer Anthony Joshua. Ms. Osborne also happens to be his baby mama, she gave birth to their son in October 2015.

Anthony the undefeated 6’6″ boxer from Watford, Hertfordshire; moved to Nigeria when he was a child. Came back to the UK halfway through Year Seven to join Kings Langley Secondary School.

He made his debut as an amateur boxer at the age of 18, ending with a record of  40-3. No doubt you all know how everything went after that. Nowadays, Anthony has fought 18 bouts, all wins and all by KO.

So what about his personal life? 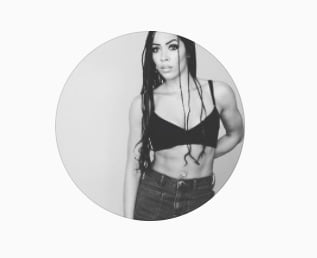 Anthony Joshua and his baby mama, yoga instructor Nicole Osbourne who have dated on and off for a couple of years, became the proud parents of their adorable son Joseph Bayley Temiloluwa Prince Joshua on October 6, 2015. Around that same time, he bought Nicole a £500,000 flat in Finchley.

27-year-old Nicole Osborne can be found in several YouTube videos, teaching her moves at the Femmes Fitness Gym in Watford.

She met Joshua at Kings Langley School in Watford, at the time she gave birth to their son, they weren’t dating, however, after JJ’s birth, they decided to give their relationship another shot.