This pretty brunette is Yulimar Martins; the second wife of MLB player Pablo Sandoval aka Kung Fu Panda. Sandoval is a third baseman for the San Francisco Giants.

The 5’11” player was born Pablo Emilio Juan Pedro Sandoval, Jr. He began his minor league career at the age of sixteen in 2002.

The MLB third baseman who also plays as a catcher and first baseman became World Series MVP for the San Francisco Giants in 2012. That same year he became the recipient of the Babe Ruth Award.

Sandoval helped lead the Giants to World Series victory in 2010 and 2014. After the 2014 season, he signed a 5-year contract with the Boston Red Sox.

His career, however, hasn’t been the same since. The two-time All-Star played just 161 games in two-and-a-half injury-plagued seasons for the Sox. In 2016 he was said to be out of shape eventually losing his starting third base job to Travis Shaw.

He returned to San Francisco on July 22, 2017; however, he didn’t join the Giants right away, instead, he played for the Class A-Advance teams the San Jose Giants, Sacramento River Cats.

The Giants eventually called him to join them on August 5, to fill in for Brandon Belt.

His romantic life also appears to be a bit of rollercoaster. He was linked to a blonde by the name of Dubcy Romero. Prior to Romero coming into the life of the MLB player, there were a couple of other women. In fact, Sandoval a bit of a ladies man, was actually a married dude.

Sandoval and his first wife Yoletzade Sandoval welcomed one child during their marriage. Daughter Yoleadny was born in 2009 but unfortunately, the marriage ended in divorce 2010.

Following his divorce, Sandoval was linked to a Venezuelan actress identified as Vanessa Soto. According to Fabwags, Soto and Sandoval were an item but are now ancient history. In 2014 was Dudcy Romero.

That ended sometime around 2016; when Yulimar Martins came into his life. 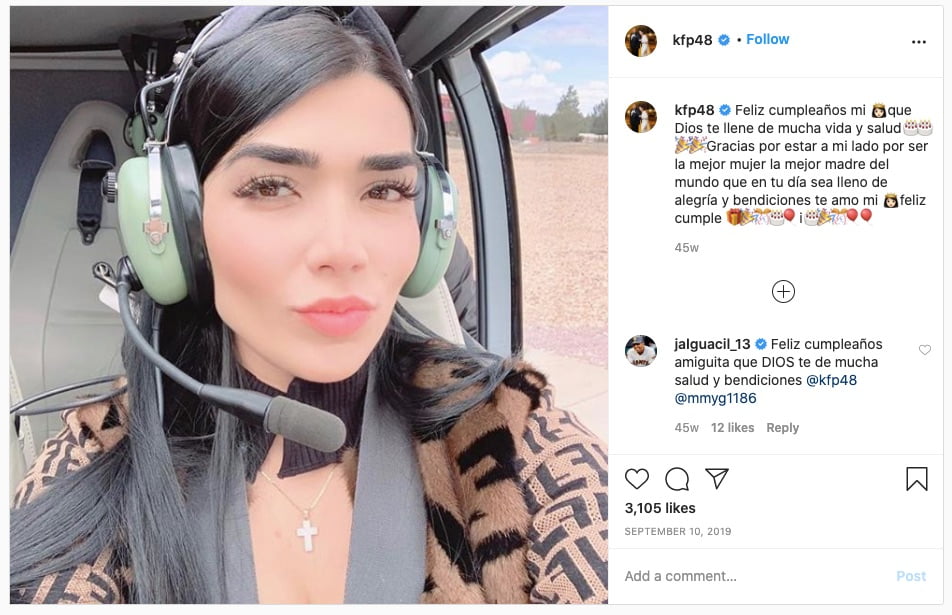 In  2017, he and Yulimar Martins became the proud parents of a baby boy, pictured above on the day of his christening. 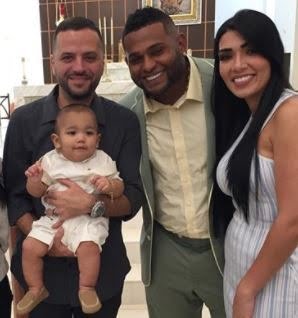 They finally tied the knot at the St. Regis Bal Harbour Resort in Miami Beach on December 10, 2019. 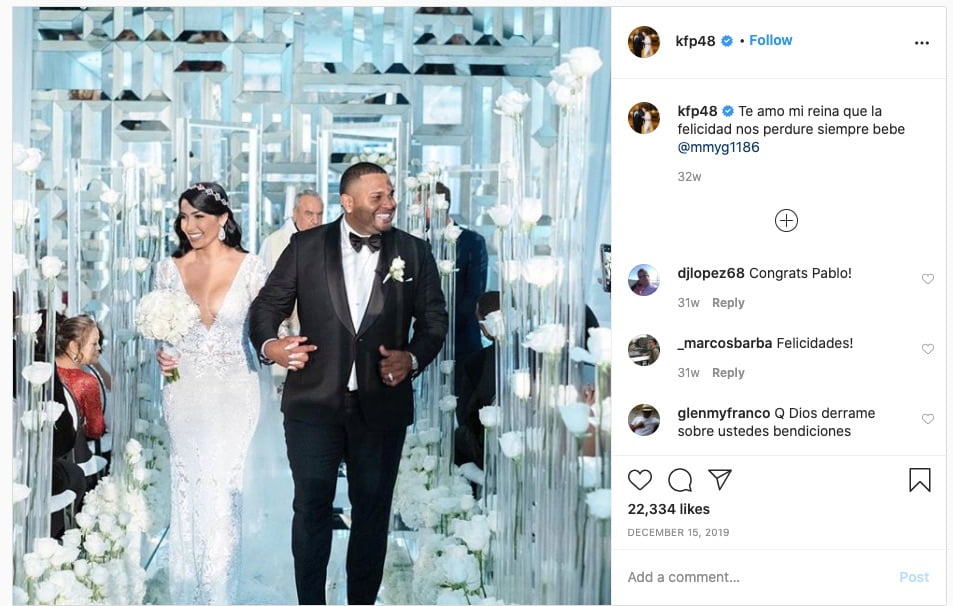