Taylor Wilson is the longtime girlfriend of Dane Swan the Australian rules footballer currently a midfielder player for Collingwood Football Club. Taylor has been Swan’s girlfriends for over eight years, she might be dumping his cheating self for sending photos of himself top women; Swan is not the only Aussie rules footballer involving in the scandal, Travis Cloke send photos as well.

Women’s Day magazine published the photos of Taylor Wilson’s stud proudly posing  in front of a mirror, it is pretty clear these two dumbos got tricked by someone into sending them photos so they could later sold them to the best bidder.

Before we can tell you a bit more of Swan’s beautiful girlfriend Taylor Wilson, allow us to tell you a brief bio of him. 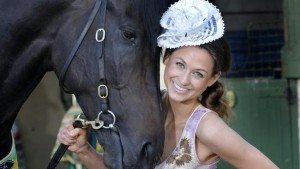 Swan’s pretty girl 31-year-old girlfriend Taylor Wilson born and raised in Florida met Swan at a bar when she was on a trip  in 2007. Ever since they started dating Taylor has been by his side looking  stunning and glamorous in a variety of gowns designed Aldo Terlato who hand-sticked 1105 diamonds on the dress Taylor wore at the 2009 Brownlow Medal Ceremony, she also likes to wear dresses designed by Helen Manuell, the bridal designer known for dressing other wags for the red carpet. Taylor moved from Florida to Australia in 2011.

You can see tons of Taylor Wilson’s photos on the Instagram account belonging to her heavy tattooed man @dane84 where several photos of him and an explicit video was also found but now deleted. 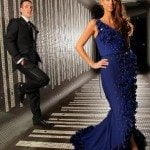 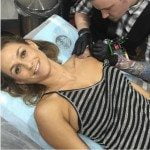 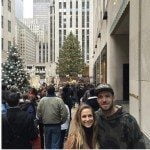 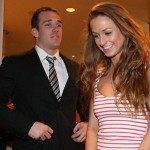