Before we get to tell everything we know about Nick Saban’s Wife, let us tell some interesting facts about this legendary college football coach.

Coach Saban started his coaching career although he didn’t intend to become a coach when his former coach Don James asked him to be a graduate assistant at Kent State, he figured he still had to wait for Terri to graduate, so it would be nice to have something to do in the meantime.

Nick Saban left Kent in 1977 when he joined Syracuse as their offensive line coach, a year later joined West Virginia and Ohio State in 1980. In 1982, joined the Navy Midshipmen Football team and Michigan State in 1983.

Here they are, Nick Saban, marrying the beautiful Terry; they met at a science camp while they were in the seventh grade, but started dating until they were much other, by the time Nick Saban was in college at Kent State. Check out her story below. 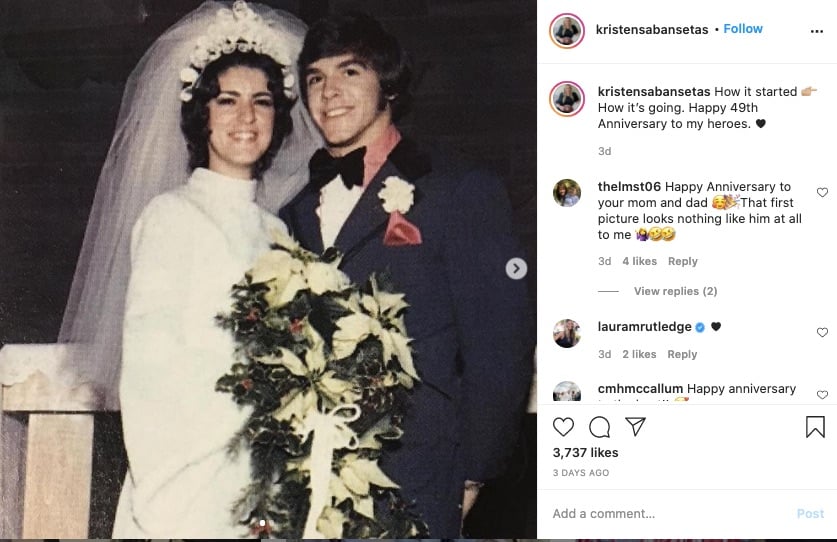 Coach Saban married the formerly Terry Constable on December 18, 1971, they were 21 at the time. They have two children together (both adopted) son Nicholas and daughter Kristen. Yes, the same Kristen Saban, who in August 2010 got involved in a nasty fight with her sorority sister Sarah Grimes. 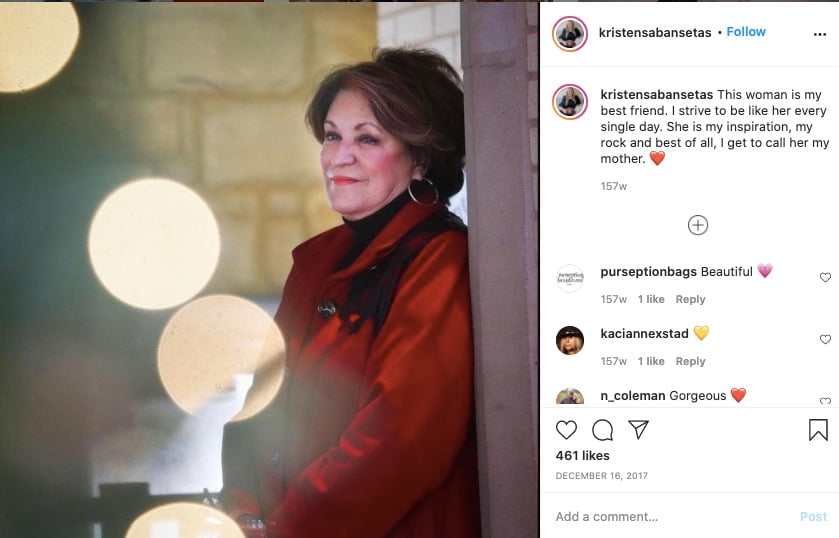 Terry Lee Saban a Fairmont, West  Virginia native was born on January 15, 1952;  she is one of the children born to Paul Eugene Constable and Linda Jean Angeline Constable. She has four sisters; Paula, Tracy, Jamie, and Tina Lynn, who passed away at the age of 66, on January 7, 2020.

Her dad, Paul served in the United States Army during World War II in the Pacific and Europe, and was a military policeman; he was a coal miner for the Consolidation Coal Co and an Insurance Consultant for the Equitable Life Insurance Co. He was 86, when he died on May 4, 2009. 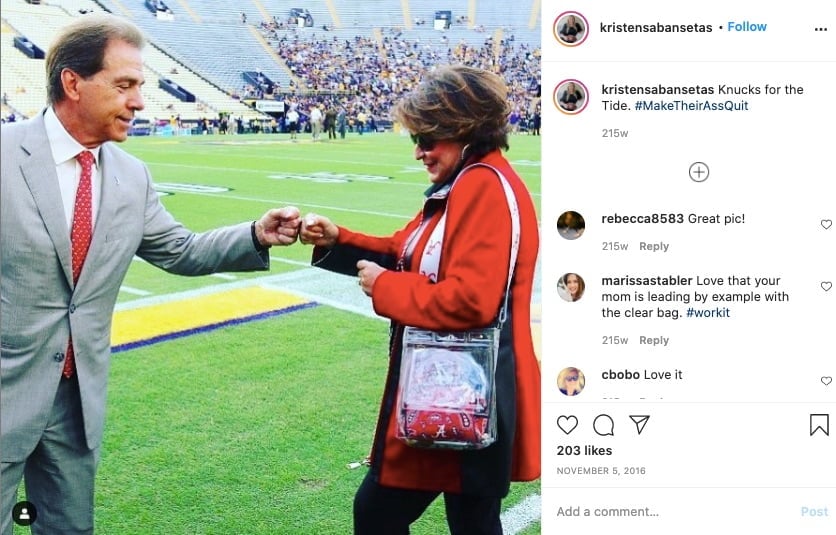 According to their Foundation, their mission is “To work together in the spirit of faith and giving in our community. To promote and support children, family, teacher and student causes. It’s all about the kids.”

Thanks to the generosity of donors and the efforts of Nick and Terry Saban, Nick’s Kids Foundation has distributed over $9 million to hundreds of deserving organizations and causes.

Nick’s Kids is also a major donor of the Tuscaloosa All-Inclusive Playground, the Saban Center, and the YMCA of Tuscaloosa.

The eldest child of Nick and Terry Saban was born Nicholas Michael Saban on December 2, 1986. 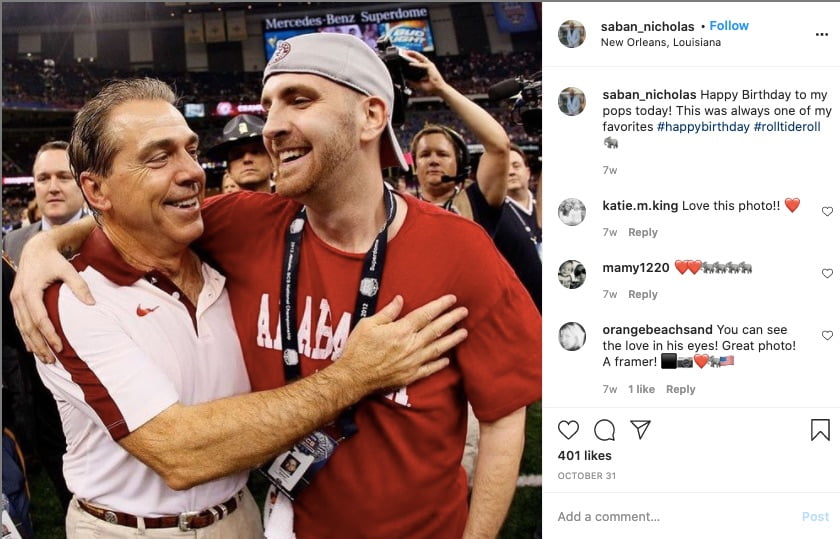 Nick Saban Jr.and his first wife Kelse Laney tied the knot in Tuscaloosa, Alabama on June 2, 2012; they welcomed their first child together, daughter Amelie in December 2013. 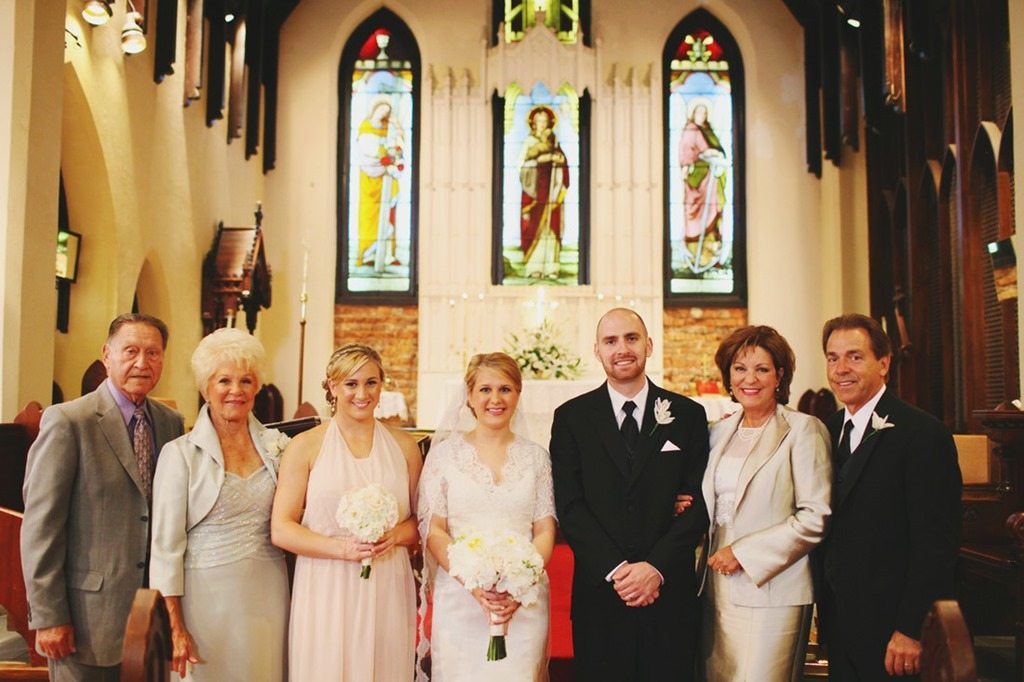 Their marriage didn’t work out and eventually divorced.

Nick Saban Jr, is engaged to his girlfriend Samira Magarov; she graduated from Widener University (Business) and is a Business Development Specialist at Simpeo. Before that, Samira was a sales associate for Mercedes Benz in Birmingham, Alabama.

According to the Bromberg & Company, Nicholas asked Samira to be his wife at his family lake house in Georgia on May 23, 2020. 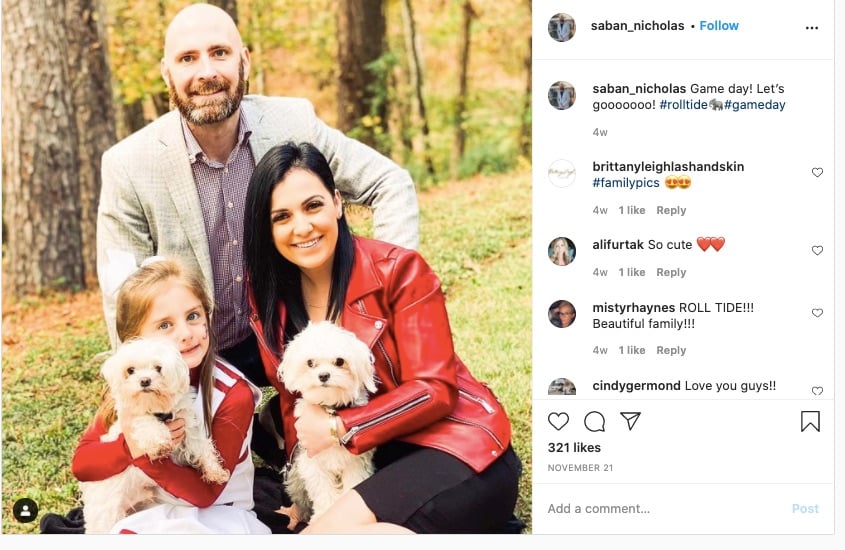 As for Kristen Nichole, we can tell you that she was born on December 28, 1990; Kristen graduated in 2009 from Tuscaloosa Academy; subsequently in 2013 graduated with a Bachelor’s Degree in Human Environmental Sciences, Concentration, and special events from the University of Alabama. 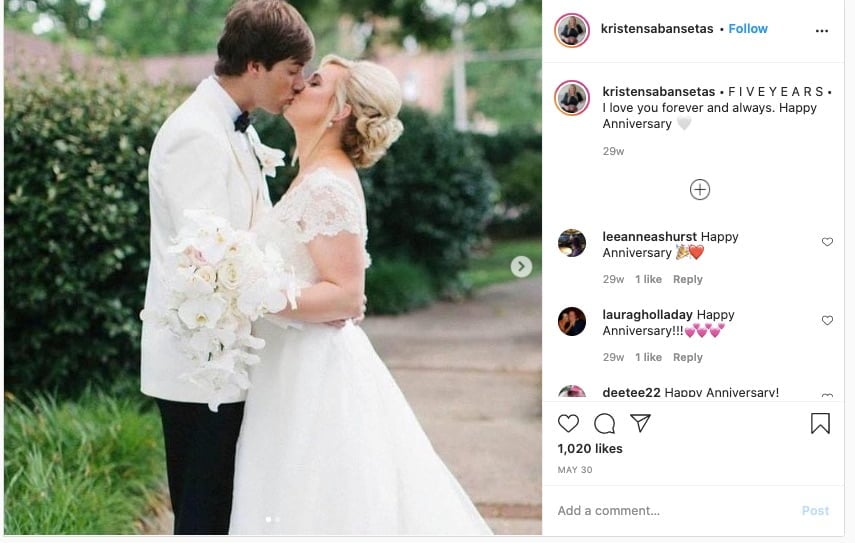 She married her college sweetheart Adam Setas, on May 30, 2015. They welcomed their first child, son James Nickolas Setas on April 27, 2020 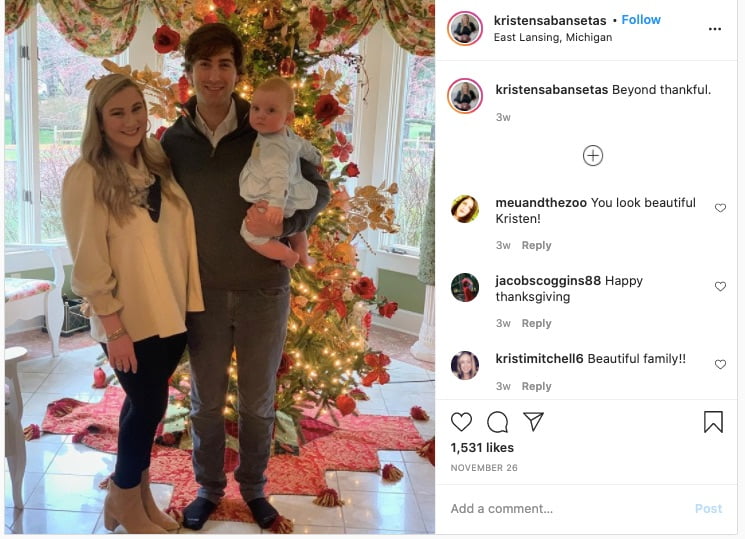 In 2014, Kristen Saban Setas worked as event Manager at the Bruno Event Team; was the event assistant for Bryant-Denny Stadium, and was a student assistant at the University of Alabama

Furthermore, in September 2013, was a sales assistant for the Tennessee Titans and marketing director for Mercedes Benz in Hoover, Alabama from September 2015 to 2016. Nowadays, Kristen serves on the board of directors at her family’s Nick’s Kids Foundation.