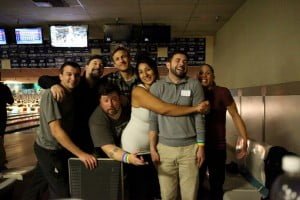 As we known Liz Carmouche’s next fight will be on Saturday February 23, against Rousey. But we don`t know and our question is who is Carmouche’s girlfriend?

Her comments about the training method of raising testosterone levels agrees with Rousey’s by sexual intercourse before an upcoming fight, and Carmouche mention she does the same with her girlfriend.

So far we know Girl-Rilla’s an openly and has a girlfriend, we also have seen her with a pretty girl in her facebook and Twitter photos, but so far we don’t know her name.

But Liz has been mention her girlfriend in interviews

“My girlfriend gets riled up about some of the things that are said in the forums,”

Carmouche said. “I say, let people have their opinions, and let the fight speak for itself. By getting involved with them, you’re going to give them exactly what they’re looking for, and you’re going to take away from the actions during the fight by using your words to start engaging them. I plan on letting my actions do the talking.”

Referring about the fight she’s having against Rousey, and herself.

We can add that her pretty girlfriend is proud of Liz and will be there supporting her.

Liz comments about the fight this Saturday are: “I hope I’m the number one contender. I’ve definitely been pushing for it on Twitter, trying to get the fans’ support and show that they want it as well…I’m 2-0 this year and I train non-stop. I think everybody’s had a go at Rousey. So far, she’s managed to push her way though everybody and finish them. I want to have a chance to give it my go and see if I can’t finish her as well.”