Rumors are that Sonny Bill Williams has been secretly married to his 20-year-old partner for six months! This little piece of news that’s sure broke the hearts of his female admirers.

The Sydney Rooster’s player wed his Muslim girlfriend Alana Raffie in August last year after a six-month relationship, according to Sydney’s Daily Telegraph.

The 28-year-old reportedly gave his wedding vows in a small, intimate ceremony in front of a handful of close friends and family that were sworn to secrecy.

However, the couple have refused to confirm the rumors. Ms Raffie, who is of South African descent, now shares the large four-story home that Williams lives in with his family in Sydney’s south.The newspaper reports that the pair intend to move to New Zealand at the end of the NRL season, with Williams planning to switch codes again to play for the All Blacks ahead of the 2015 Rugby World Cup.

Here is more of what we know about her, full name is Alana Marie Raffie Williams. Her father is Luke Raffie and they don’t seem to  have the best of relationships. Her dad posted the following to Sonny’s Facebook

Just a few years ago this is what she looked like, braces and all 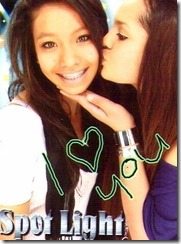 We know is only a nine-year-age difference but wow! Doesn’t it seems like the girl has been kidnapped and it appear at his place? Police Alana Raffie has been found! Ok, alright we are just having some good-ole harmless fun with the couple.

Let’s not be haters here and wish them a life time of happiness!

Now a days, this is how hot, she looks 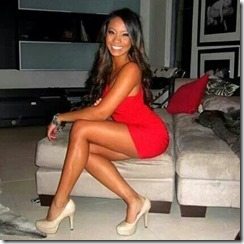 Aren’t they picture-perfect in the snap below? 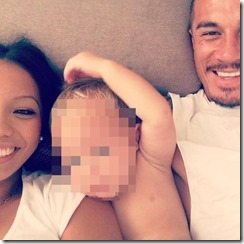 According to the Daily Mail, Alana 20, used to work as a professional Brazilian dancer, this was before the couple met and before she turned a Muslim. She clearly has a fit body, Alana studied at Westfield Sports High School and was also known for her dancing skills. Now, the married brunette babe, is said to be pursuing a career as a model.

You can find Alana on MySpace here. Come back for updates, we are sure we will hear more about her soon.

Make sure you watch the video below, you dont want to miss her bust some moves!