Meet Alecia Thompson, she is the gorgeous and loving mother of basketball player Caleb Love, the point guard for the UNC Tar Heels at the University of North Carolina, coached by Hubert Davis.

Caleb Love started playing basketball at an early age, she began to get noticed when he attended Christian Brothers College playing for Justin Tatum, where he averaged 19.4 points as a junior and  26.3 points, 6.5 rebounds and 3.1 assists as a senior.

On April 2, 2022, Caleb Love, Armando Bacot and the Tar Heels led by Hubert Davis advanced to the NCAA championship after defeating the Duke Blue Devils 81-77; Love recorded 28 points (22 in the 2nd half, 3 three-pointers), one assist, 4 rebounds.

The headlines around the nation: “UNC Basketball Caleb Love Delivers for bragging Rights Back Home” along with “UNC Vs. Duke: Player of the Game: Caleb Love”

On April 4, 2022, Love and the Tar Hels will fight for the Championship title against Hubert Davis, Ochai Agbaji, Remy Martin, David McCormack and the rest of the Kansas Jayhawks basketball team.

How Much does Caleb Love Average? 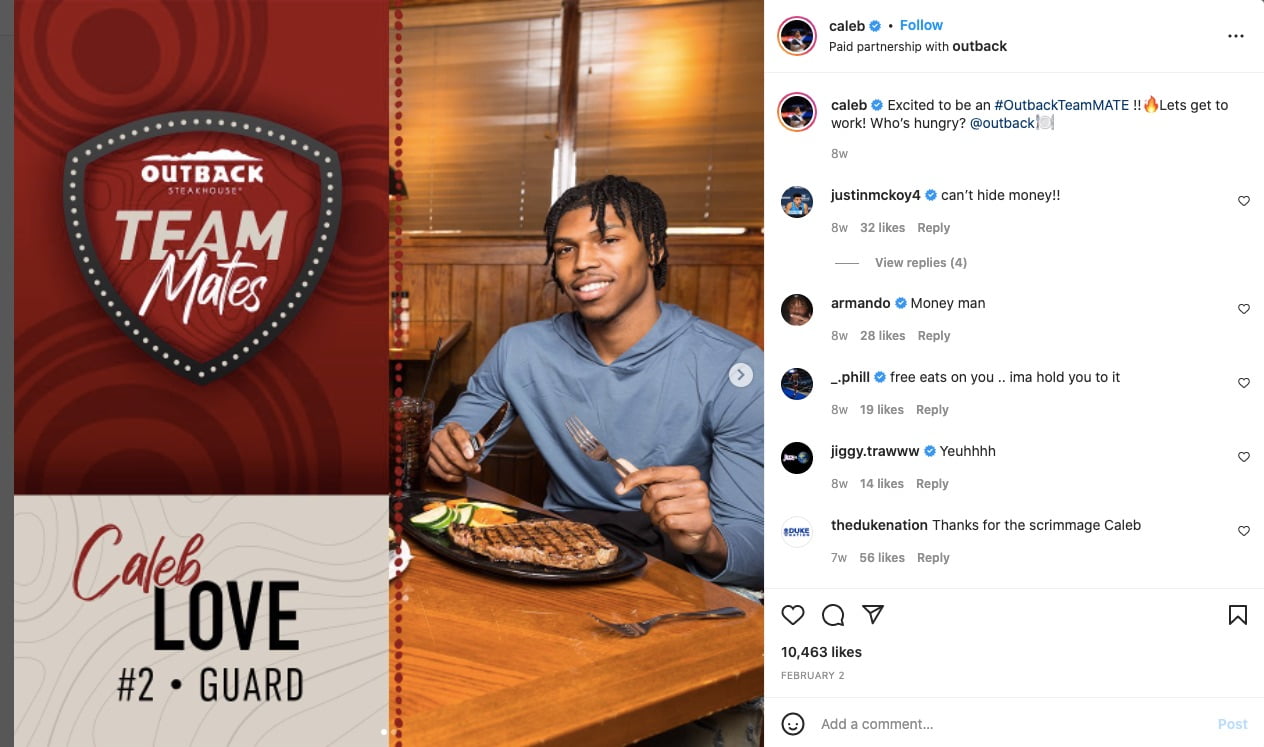 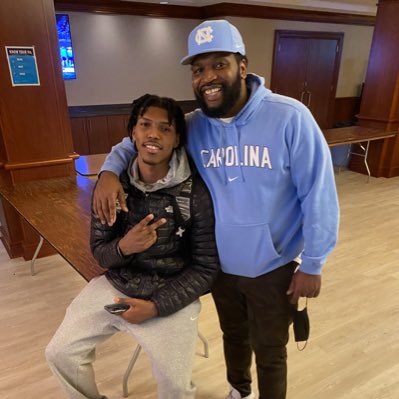 Caleb Love’s dad was born Dennis Maurice Love on October 30,  1970. Dennis Love served in the U.S Army; he graduated in 1998 with a Bachelor of Arts in Secondary Education and Teaching from Harris -Stowe State University, in 2006 with a Master of Business Administration from Webster University and in 2016, with a Master of Arts in Specialist in Education Leadership from Lindenwood University.

Dennis Love was the High School Assistant Principal and Director of Alternative Services fat Normandy School District from 2007 to 2012;  he has been Director of Alternative Services and Athletics at Maplewood Richmond Heights School District since June 2012, Mr. Love joined Maplewood in  June 2012, initially as high school assistant principal, then school principal. 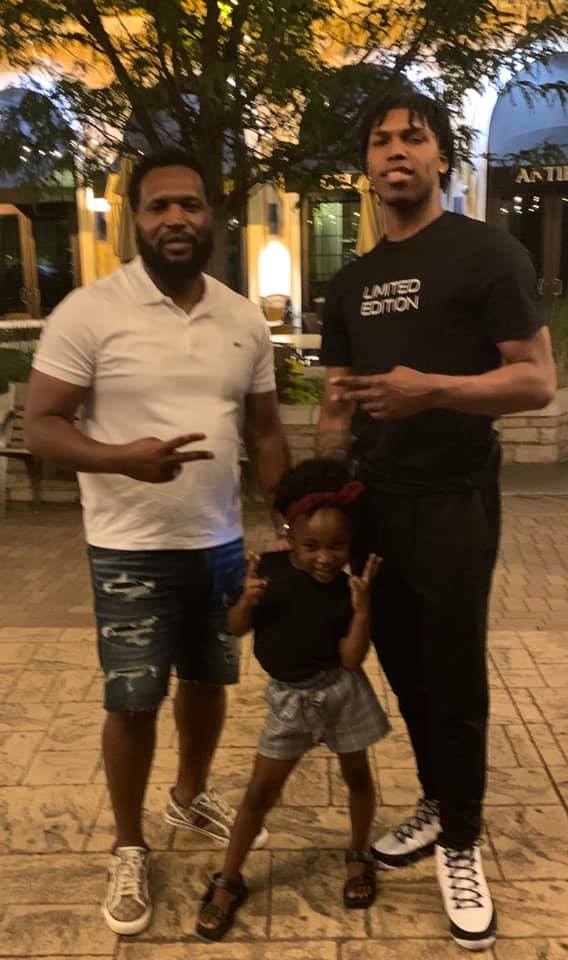 In addition to that, Dennis Love is the Regional Vice-President at Primerica. Dennis Love and MariaWilson welcomed their adorable daughter Caylee Ann Love (b. 2016), Maria Wilson is the mother of two more children, including University of Memphis basketball player Maya Stovall. 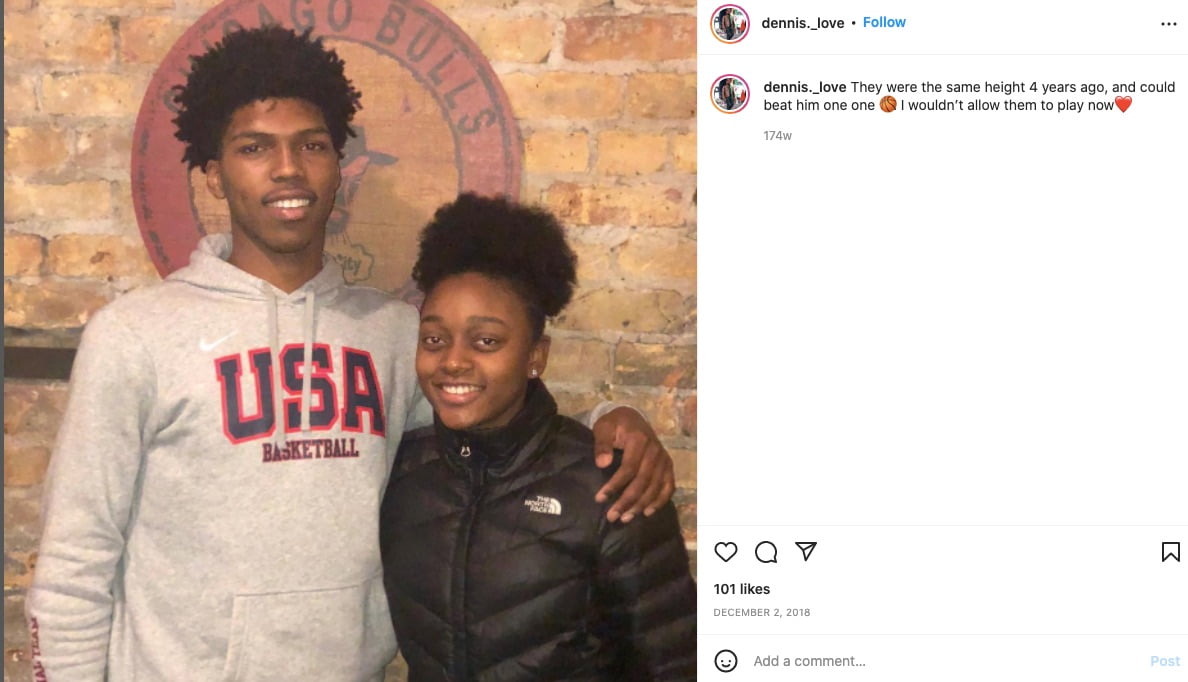 You can find Caleb Love’s dad Dennis Love on Instagram 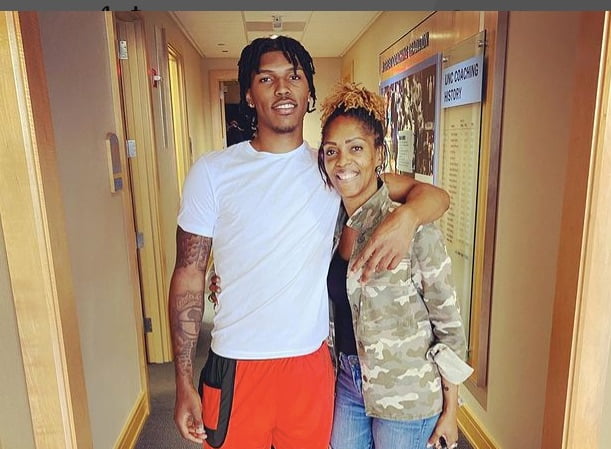 Caleb Love’s amazing mother, Alecia Thompson was born Alecia Michelle Shelby on December 7, 1974; she is one of the children born to Benny Shelby and his second wife Charlesetta Shelby; she has one brother Brent Shelby and two half-siblings Aaron and Andrea born from her dad’s first marriage. 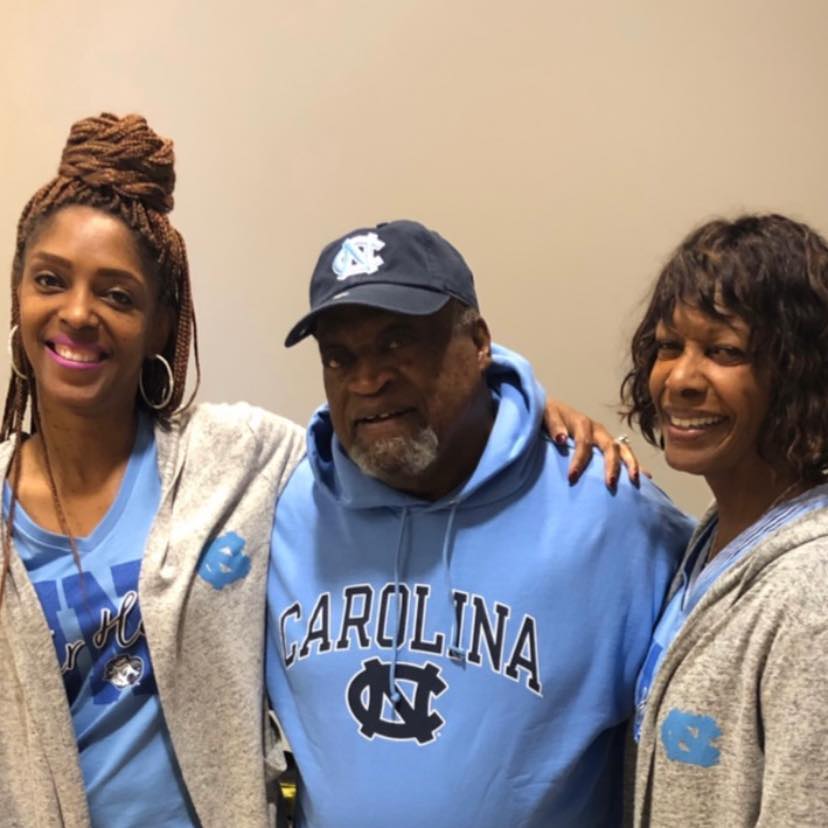 Benny Shelby, like a second father to Caleb, was the President of The Southeast Bar and Restaurant Association, along with his brother Calvin owned several nightclubs in Kansas, including the Epicurean, Bodyworks, later renamed Mingles, The Juke House, and  The 9th Inning Sports Bar and Grill.

Before all of that, Mr. Shlby was an inspector for the Ford Motor Company, was a foreman for the Burlington Northern Santa Fe Railroad, and sold insurance for Prudential Insurance Company.

Alecia Thompson said it was her dad who gave Caleb his first basketball hoop and basketball ball, after all, Benny Shelby was once an athlete himself, a member of the football and wrestling teams at Wheatley Elementary Public School, Graceland Public School, Paseo High School, he later attended Central Missouri State College. 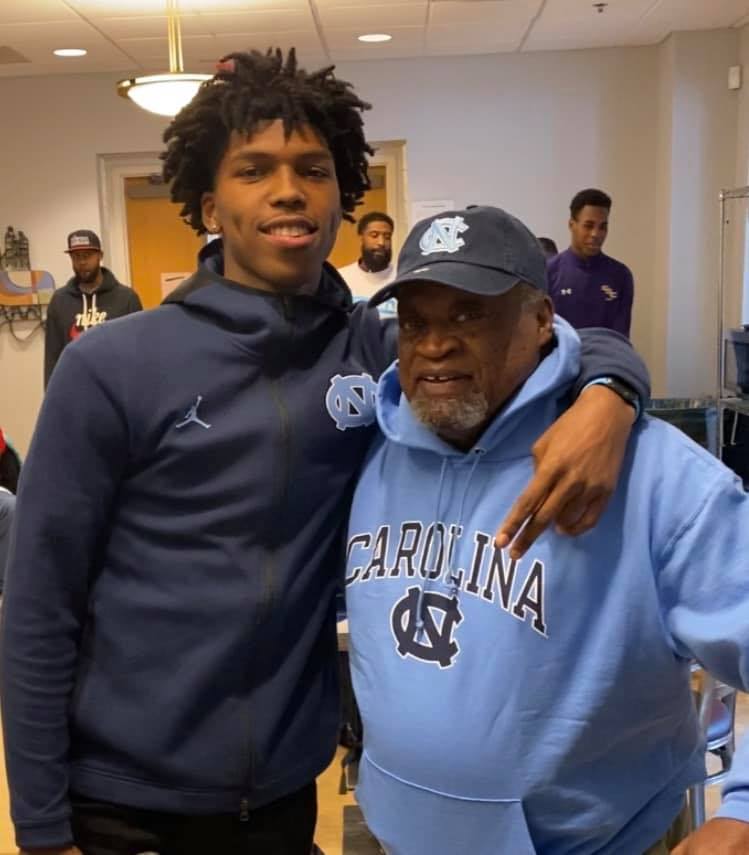 Mr. Shelby was a little league football coach for over 50 years, supported the South Suburban Junior Football Association and sponsored several youth sports teams. He was Caleb’s number one fan; Benny Shelby passed away at the age of 77, on August 10, 2021.

The UNC shooting guard, Caleb Love doesn’t have a girlfriend at this moment; and no children of his own whatsoever.