Darryl Strawberry’s net worth in 2021 has been estimated at $2 million; 500,000 more than the 1.5 that was valued last year. He once earned $30 million while playing with the New York Mets, his fortune suffered a big loss due to his drug use, legal issues, divorces, but he has found a way to get back on his feet.

After spending 17 seasons in the MLB Darryl Strawberry became widely famous as one of the best baseball players around the world; however, he has been a stranger to controversy, suspended for substance abuse three times, battle with cancer twice, had financial and legal issues, spent 11 months in jail for violated his parole when he left a treatment center to use drugs.

As you all know Darryl has struggled with his demons and found his way to recovery thanks to his Christian faith, his children, and his wife Tracy Strawberry. 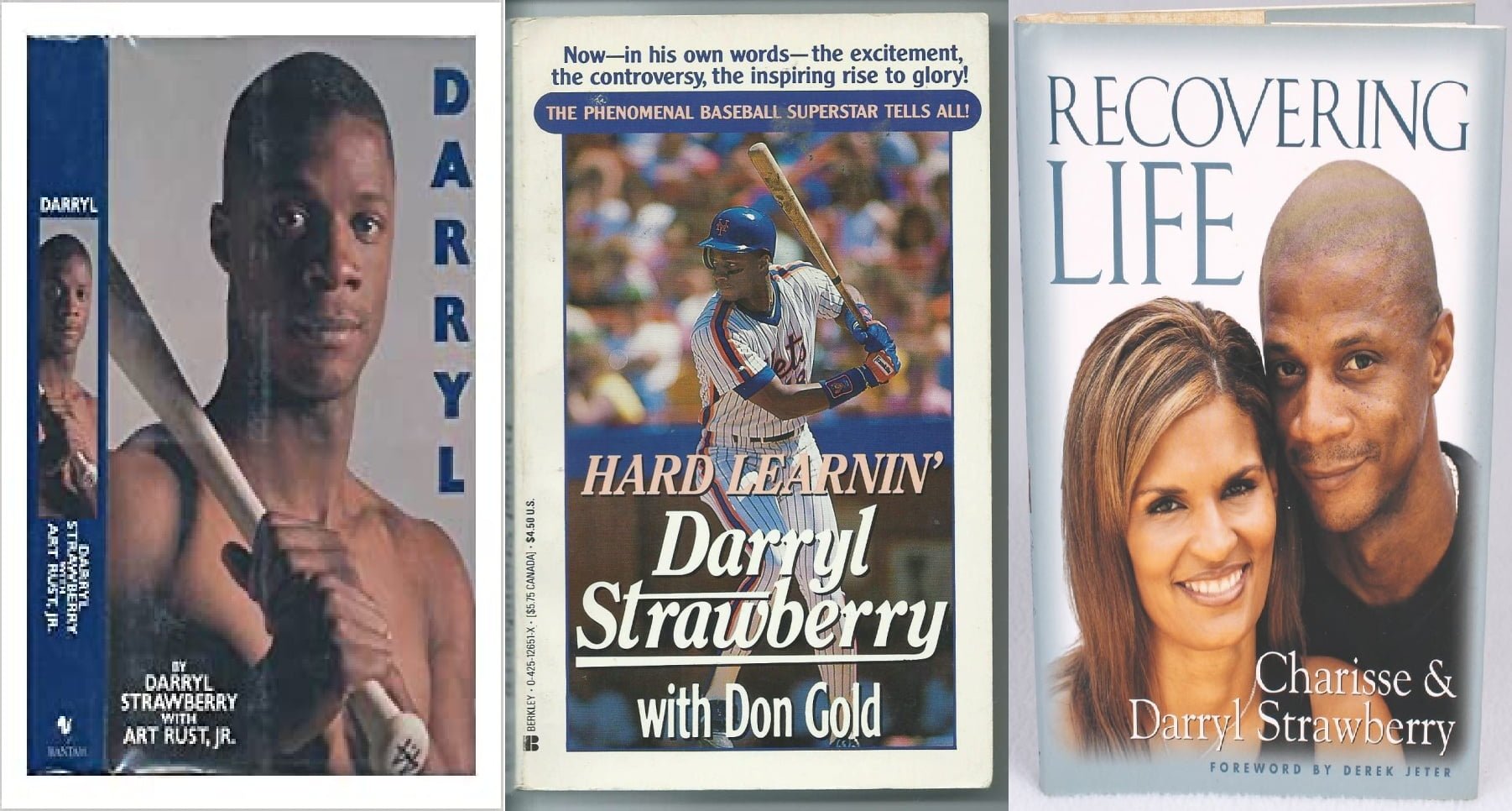 In 2009, he published Straw: Finding My Way; Darryl and his wife Tracy joined forces for their book The Imperfect Marriage: Help for Those Who Think it’s Over published in February 2015. More recently Darryl Strawberry released his new book “Turn Your Season Around: How God Transforms Your Life.”

Head out to Amazon to check out all of Darryl Strawberry’s book collection.

In the late 1980s’ Darryl purchased a house located on 82nd Street and Shore Road in Bay Ridge, Brooklyn. He sold it after he left New York in the 1990 season

Darryl and his wife Tracy Strawberry live in their four-bedroom, two-story house in St. Peters, Missouri. It looks like prior to purchasing this home,m Darryl and Tracy lived in a  4-bed, 3-bath, 1,710 sq ft., previously owned by her parents, and that they bought from them in 2008 for $220,000.

Darryl Strawberry’s career hit it off during the 1980 MLB draft where the New York Mets selected him first overall. He made his MLB debut with the Mets on May 6, 1983, that year he was named NL’s Rookie of the Year, recorded 26 home runs, 7 triples, and 74 runs batted in while hitting for a .257 average. Darryl helped the Mets win the 1986 World Series.

In 1991, he left the Mets to join the Los Angeles Dodgers, he signed a five-year $22.25 million contract as a free agent on November 8, 1990. He had a great first season in Los Angeles, sadly personal problems and injuries took a toll on him and by May  1994, the Dodgers eventually released him.

He signed with the San Francisco Giants that same month, hitting four home runs, driving in 17 runs, and a suspension in 1995, for testing positive for cocaine. He signed with the New York Yankees late in 1996; however, he played with the Northern League team the Saint Paul Saints from May 1996 until July, when he joined the Yankees.

Strawberry, along with Dwight Gooden and the New York Yankees won the World Series in 1996, 1998, and again in 1999. 1998 wasn’t an easy year as he was diagnosed with colon cancer on October 1st, underwent surgery to removed a tumor as well as part of his colon, made his comeback in 1999.

Darryl Strawberry’s height is 1.98 (6’5) and his weight is 85 kg. (187 lbs.) Darryl was born on March 12, 1962, in Los Angeles California; he started playing baseball at an early age, but he called recruits’ attention while he played with the Cougars at Crenshaw High School in Los Angeles.

Daryl Strawberry is one of two sons born to Rudy and Henry Strawberry, who according to Darryl was an alcoholic and physically and verbally abusive towards him, his brothers Michael and Ronnie, and their mother Rudy.

“It’s sad. I never had a real relationship with him. He never sat me down and talked to me kindly, never gave me a word of fatherly advice or counsel, never taught me to tie my shoe or hit a baseball. None of those things a father and son are supposed to do, he either ignored me or beat me, period,”

His father disappeared from their lives and his mom Rudy became the provider to her family, she worked full-time at a local telephone company.

Alcohol and drug abuse was what Darryl battle later on;  in 1995 was suspended from the MLB after testing positive for cocaine, in 1999, was arrested for possession of cocaine,

Another legal trouble he encountered was hurting his first wife in 1990, and second wife Charisse in 1993, failed child support payments in 1995, tax invasion in 1998, rear-ended another car, and then tried to drive away after taking pain killers in September 2000,  failed his house arrest and parole in October 2000, disappeared from his house arrest drug treatment center and later arrested in April 2001.

Failed to commit to non-drug rules while on probation at a drug center in Ocala, Florida in March 2002, charged with filing a false police report after he claimed his SUV was stolen but that he actually led to a friend in September 2005.

Darryl has been married three times, from 1985 to 1993 to his first wife Lisa Andrews, from 1993 to 2005 to Charisse Strawberry, and in October 2006 married third wife Tracy Boulware Strawberry.

Darryl fought cancer twice; on October 1st, 1998, received his first colon cancer diagnosis, on October 3rd, underwent surgery to remove a tumor and about 24 inches of his colon; on October 14th doctor found cancer has spread to a lymph node and had to undergo chemotherapy.

On July 28, 200 after a regular check-up doctor found that his cancer was back on his lymph nodes, a month later he underwent surgery to remove another tumor as well as his left kidney.

Darryl and his wife Tracy Strawberry founded the Darryl Strawberry Foundation, created to raise donations for Autism as well as creating programs that deal with special education, socialization, and independent skills training. In 2014, he created the 28-day rehabilitation program center The Darryl Strawberry Recovery Center in St. Cloud, Florida.

In 2011 Darryl and Tracy also founded the Strawberry Ministries 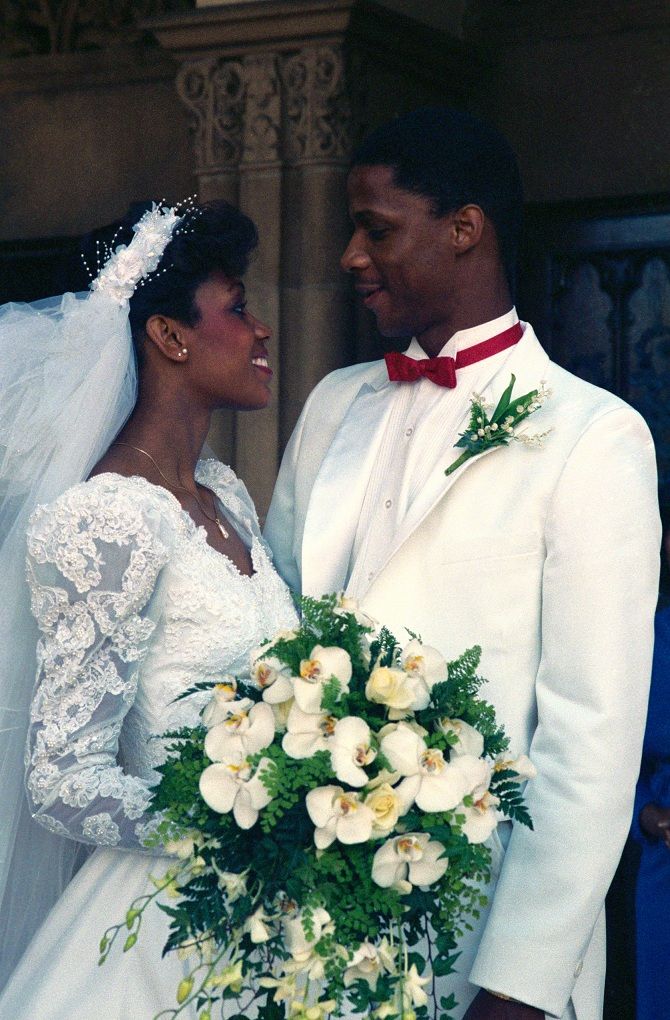 As we previously told you Darryl has been married three times, wife #1 Lisa Andrews now Lisa Watkins married the retired MLB player in January 1985, momma of Darryl’s eldest children Darril Jr, aka D.J. Strawberry, and daughter Diamond. Lisa filed for divorce in 1987, and their divorce was finalized on October 15, 1993. 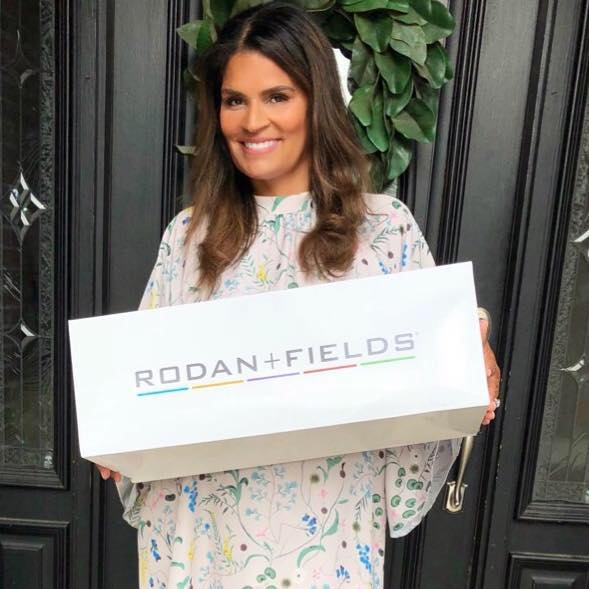 On December 3rd, 1993, he married Charisse Ann Simon (b. Jan. 21, 1967), then Charisse Strawberry,  now Charisse Strawberry Fuller once the  President of The National Council on Alcoholism and Drug Dependence, sat on the panel for Paula White Today, advocate for families and friends of those suffering from alcoholism and other drug addictions

Charisse is the mother of his three youngest children, Jordan, Jade, and Jewel. She filed for divorce on October 7, 2005, and it was finalized in 2006.

He met his third wife Tracy Boulware born on December 18, 1970, while they were in a narcotics center in Tampa, they started dating while they were there and tied the knot on October 1, 2006. Charisse has since remarried and welcomed two more children.

This was Darryl’s third marriage and second, for Tracy who has two sons from her first marriage to Omar Olivares, Austin, Omar, and Evan Olivares, who serves in the United States Air Force. 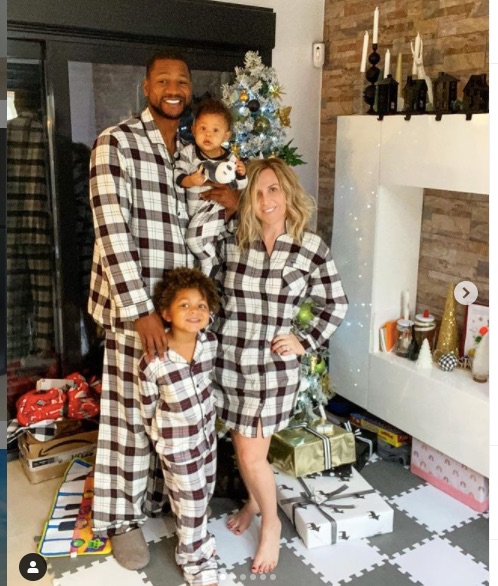 Darryl Eugene, D.J. Strawberry was born on January 15, 1986. D.J. graduated from Mart Dei High School and later played college basketball at the University of Maryland. 6’6 Strawberry earned second-team All-ACC honors in his senior year. The Phoenix Suns selected him in the second round (59th overall) during the 2007 NBA draft.

He was traded to the Rockets in August 2008 and waived in October that same year. He later signed with Fortitudo Bologna and played with the Reno Bighorns of the NBA D-League. Over the year, D.J. has played with Reno Bighorns, Lietuvos rytas, Hapoel Jerusalem, Cibona, Capitanes de Arecibo, Cibona, Élan Béarnais, Piratas de Quebradillas, Pınar Karşıyaka,Olympiacos, Beşiktaş, Gran Canaria, Orléans. Since June 2020, he has been playing with  Liga ACB team UCAM Murcia. He has since married and has two children. 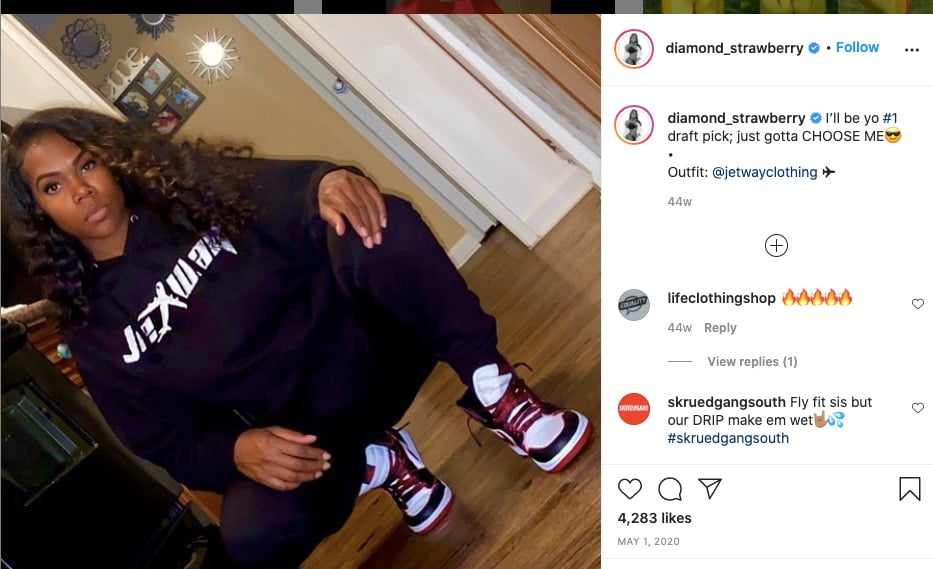 Diamond was born on June 28, 1988, Diamond was a member of the cast of Love & Hip Hop: New York. Becoming pregnant with her daughter MyLisa as a teenager, inspired her to create A Safe Place Youth Center along with her mom, Lisa. 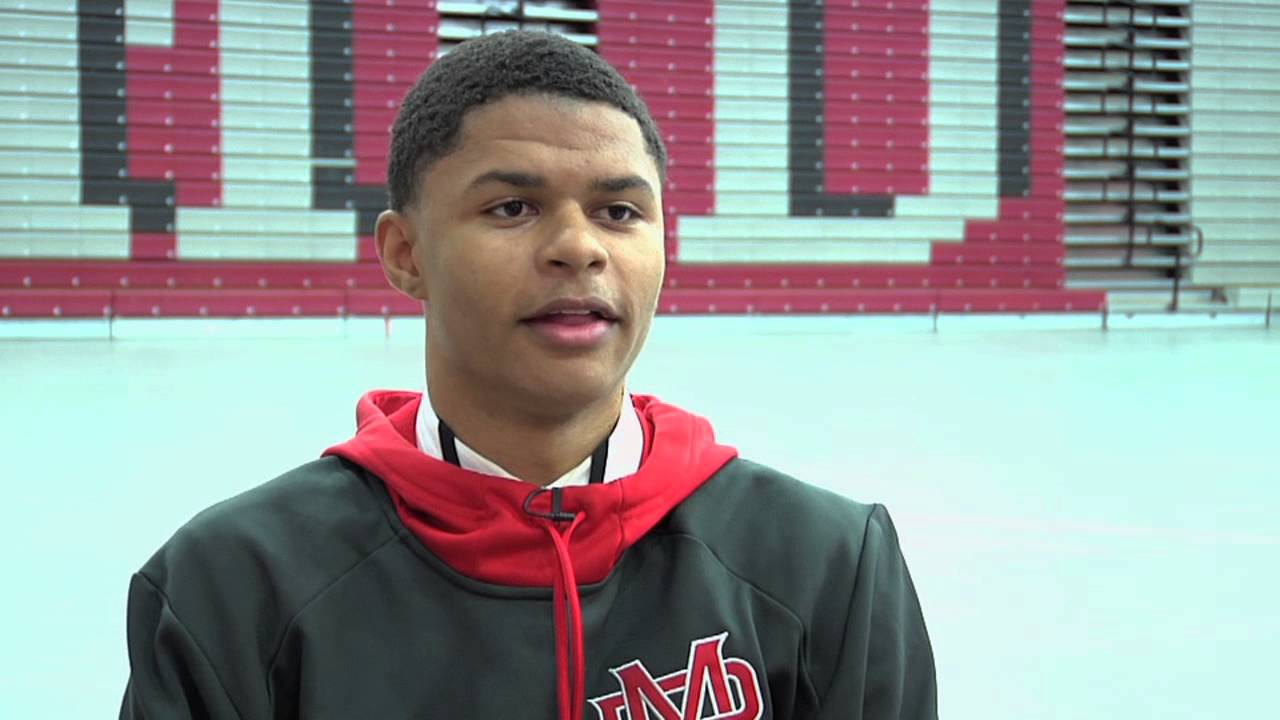 6’1 Jordan Strawberry,  son of Darryl and Charisse was born on March 17, 1994, in L.A. Like his big brother D.J, Jordan is basketball player; he played at Mater Dei High School, South Kent School, and later at Mercer. After he graduated from Mercer in 2019, Jordan signed with Uralmash Team in the Russian Professional League. 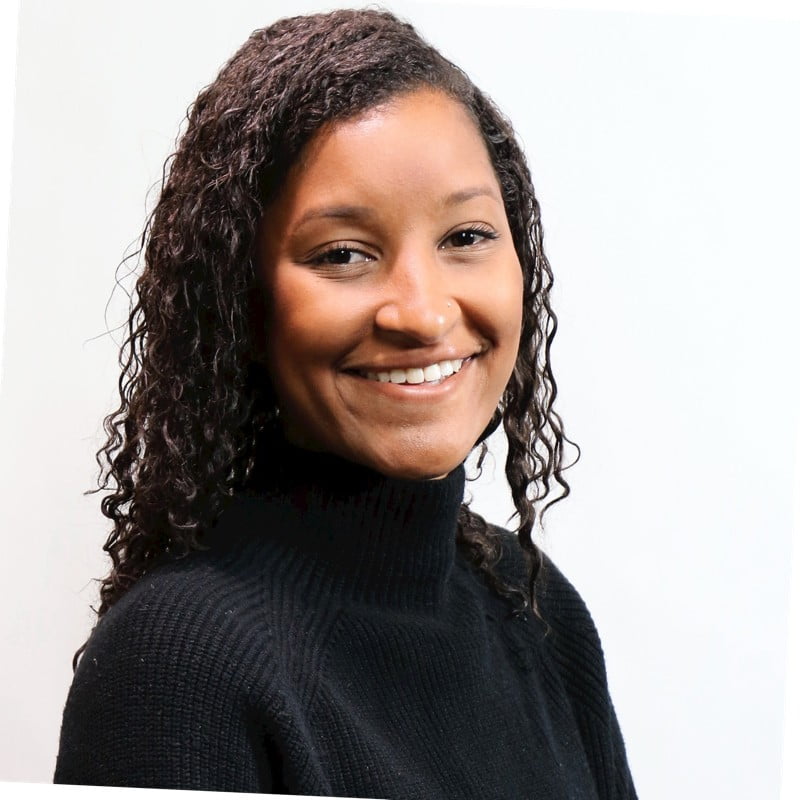 Former college volleyball player at UConn, Jade Monique Strawberry was born on May 20, 1995; before playing with the huskies, Jade played at Maclay School and for ProStyle Tallahassee Premier.

She graduated in 2017, with a Bachelor’s degree in Human Development and Family Studies; jade is currently an executive assistant & event coordinator at Reigning Champs Experiences. 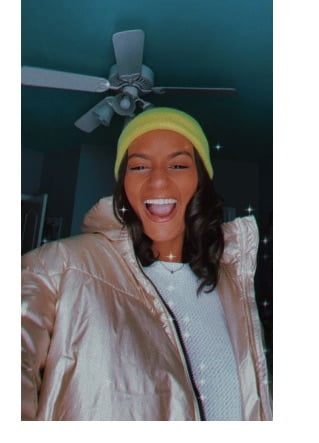 5’11 Jewel was born on June 18, 2008, in Tallahassee, Florida.  She is currently a volleyball player at Boston College, before that she played at MaClay High School. Jewel is enrolled at Carroll School of Management pursuing a degree in marketing.