NFL running back Marshawn Lynch won the Super Bowl XLVIII with the Seattle Seahawks; he later played one season with the Oakland Raiders before returning to Seattle in 2019;  he is currently a free agent, but he keeps himself busy, and his banking account keeps growing, so what is Marshawn Lynch’s Net Worth and how is he making his money these days?

What is Marshawn Lynch Net Worth?

Who does Marshawn Lynch play for in 2021?

Marshawn Lynch isn’t playing for any team just yet, but that could change any minute. In December 2020 interview with Conan O’Brien when he said some teams have interest in him, but he was willing to sign only with a team that is considered a Super Bowl contender.

“If the situation is right then it could happen,” Lynch said. “I’ve been asked the question by a couple teams here recently. Like, ‘Are you ready?’ I’m ready if y’all are Super Bowl ready. That’s what it would take me to come out and play again. it would have to be a guaranteed Super Bowl game for me.”What does Marshawn Lynch do now?

What kind of car does Marshawn Lynch Drive?

Marshawn Lynch has a beautiful white Lamborghini Aventador Roadster, 700 hp engine, 12 cylinders, has a seven-speed automatic single-clutch gearbox that sends the torque from a split 30:60 to a 10:90 percentage; its base price $460,247. 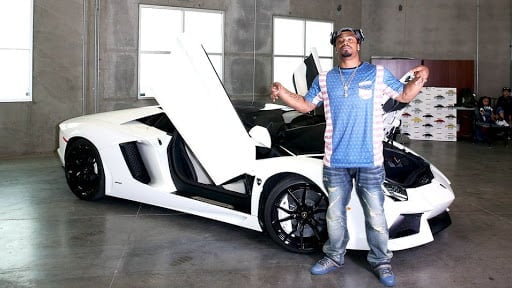 In 2008, Lynch owned the 2008 Porsche Cayenne; in December 2015, it had a Beast Mode customized limited-edition Jeep. 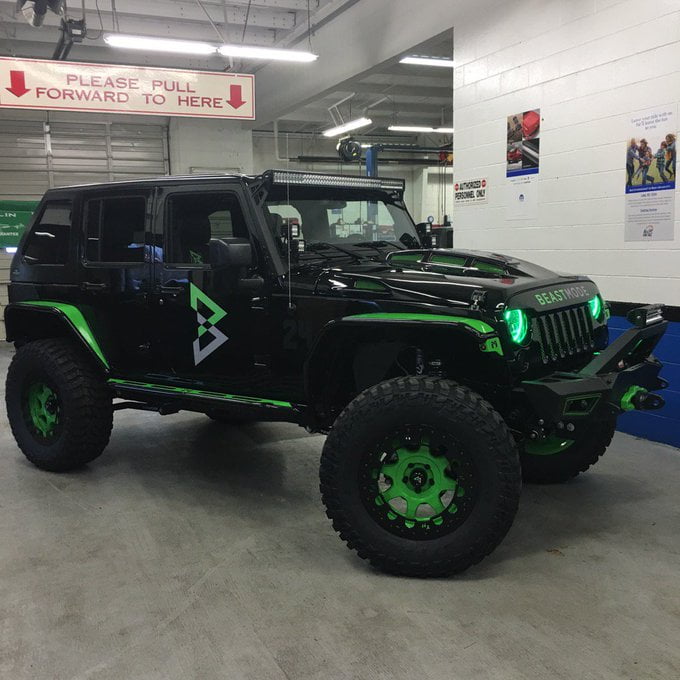 By now, we all know that Marshawn Lynch doesn’t respond to the media, and when he spoke to them, he used no more than eight words to respond to every question.

He isn’t playing, but that doesn’t he ain’t working, Beast Mode Marketing is his Oakland, California marketing firm founded along with Kevin Parker and Bryon Sheng and that represents Lynch, Marcus Peters, Josh Johnson, and more recently Najee Harris.

Marshawn Lynch’s documentary called Lynch: A History was directed, written, and produced by  David Shields, a famous book author who also directed the 2017 film I Think you might be wrong: A Quarrel starring James Franco. Lynch’s documentary won the Golden SunBreak Award for Best Documentary at the Seattle International Film Festival. It was a finalist for Filmspotting’s Golden Brick award for Best Low-Budget Indie Film in 2019.

5’11” Marshawn Lynch was born on April 22, 1986, in Oakland, California; he is one of four children born to Mrs. Delisa Lynch (nee. Sapp) (b. December 28, 1964) and Maurice Sapp, who wasn’t present in his life. In 2015, USA Today reported Maurice Lynch served a 24-year sentence after being convicted six times for grand theft and burglary, twice for felonies. His aunt Maurice’s sister Bernice Feaster said his brother wanted to have a relationship with Marshawn, but he doesn’t want his son to think he is reaching out to him because he is famous.

“When I see Marshawn, I see my brother,” Bernice Feaster told USA TODAY Sports. “My brother’s been in and out of jail, but he’s not a bad person. And he loves his kids. He wants a better relationship with Marshawn, but he doesn’t want Marshawn to think he’s reaching out to him just because he’s a famous football player,” Feaster said. “That’s a sticky situation.”

Maurice Sapp was born on November 4, 1961, passed away on March 2, 2020, in Oakland, California. While Marshawn’s dad Maurice was absent from his life, he could always count on his papa, Leron Lynch, his grandfather. 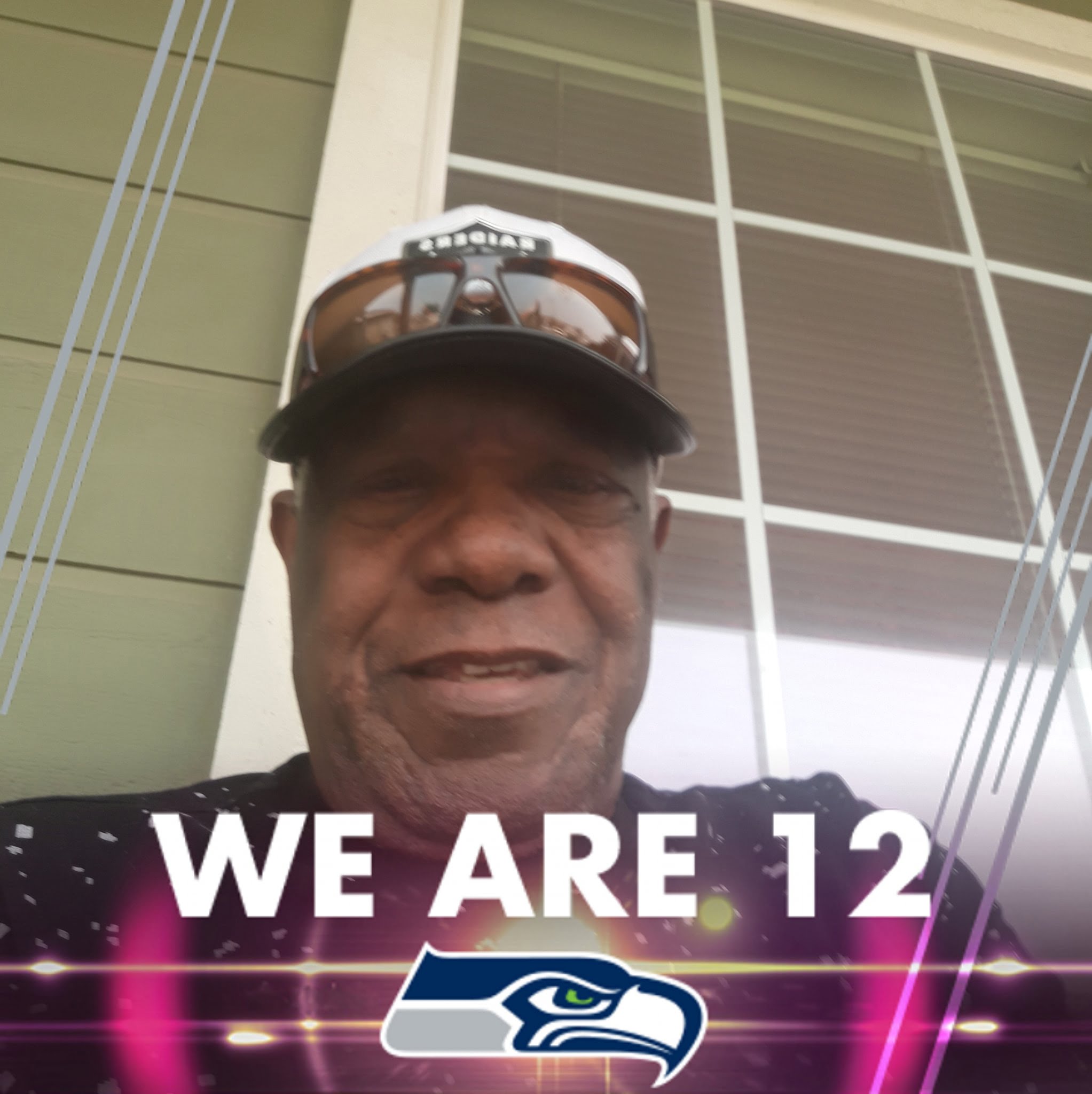 “He would call me Papa, and I took him to practice, and I would buy cleats and did everything. Anytime he needed anything, at school or anything, he’d call me.” 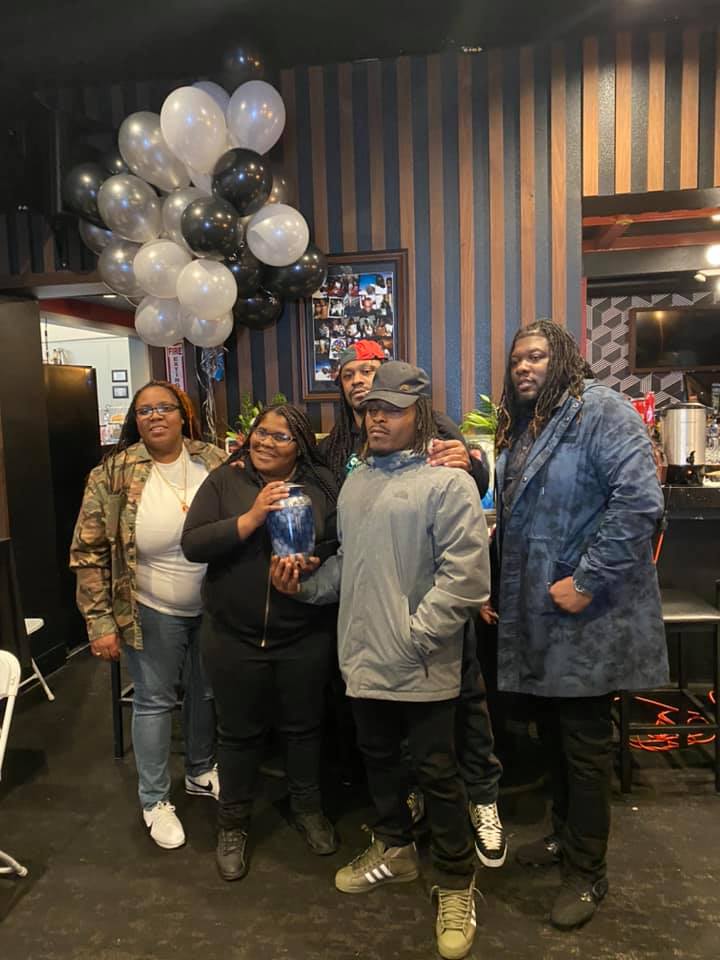 Marshawn has three younger siblings; Davonte Sapp-Lynch the former 5’8″ running back at the University of New Mexico Highlands who signed with the Oakland Panthers in November 2019; sister Marreesha “Lemon” Lynch, who lives in Las Vegas. His brother David Dave Lynch has two beautiful daughters and lives in Oakland.

After he graduated from Oakland Technical High School, Marshawn attended the University of California, Berkeley, where he majored in social welfare. During his freshman year, Lynch known as Money recorded 71 carries for 628 yards, eight rushing touchdowns plus 147 yards on 19 receptions, and two receiving touchdowns. 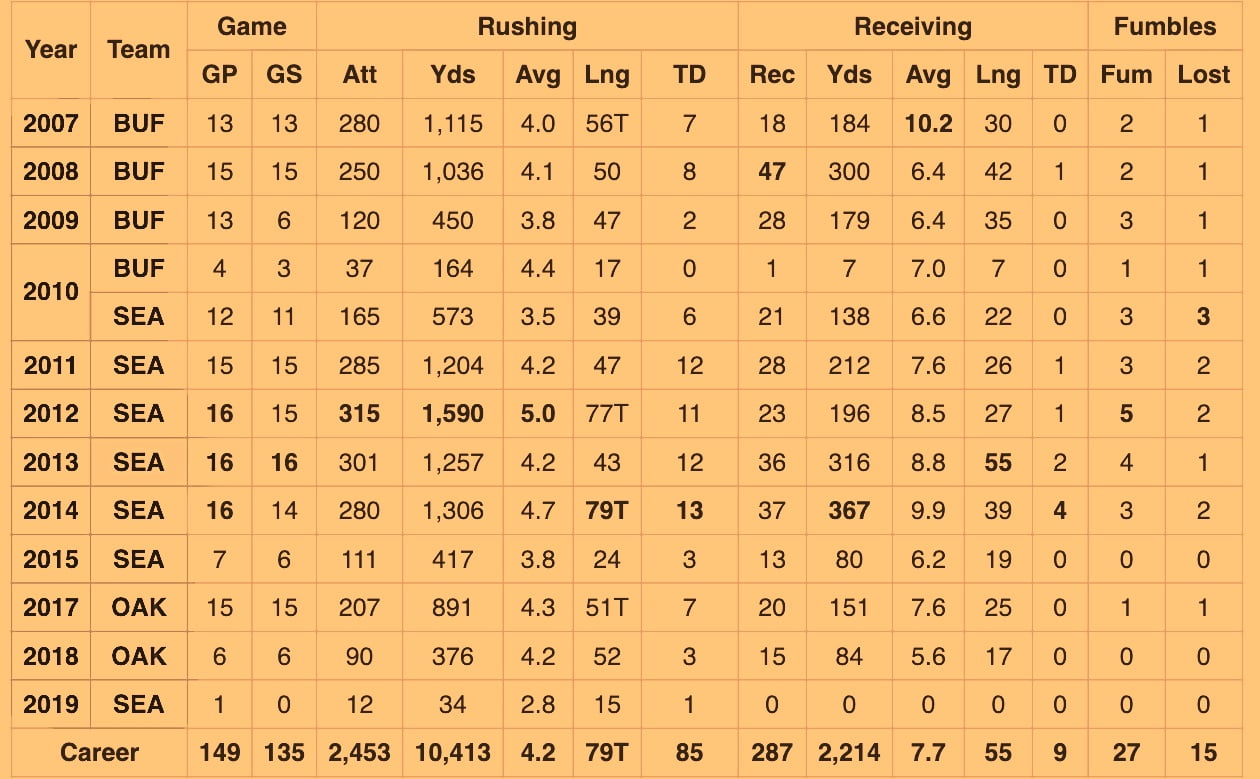 On December 5, 2011, Mars offered him a two-year supply of Skittles, and a deal between Mars and Lynch became official on January 28, 2014. Marshawn received financial compensation, and in addition to that, $10,000 went to his am First Foundation for every touchdown he scored at the Super Bowl that year. 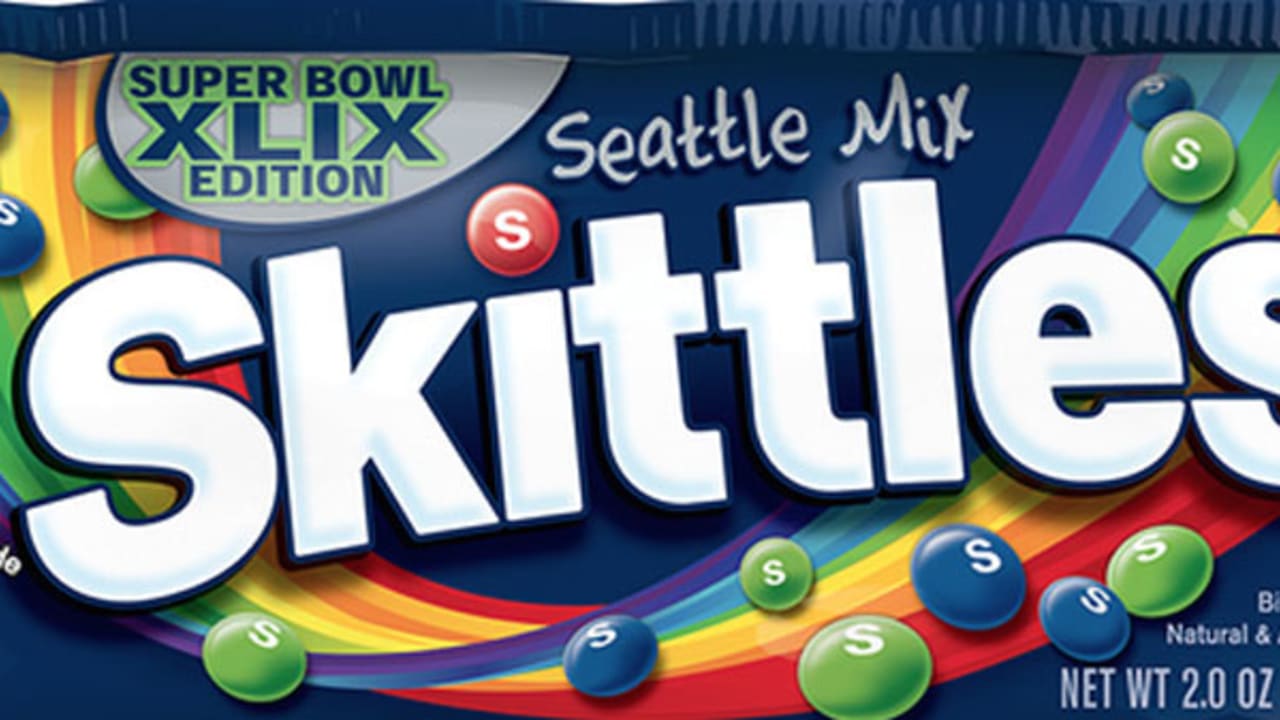 Skittles launched his Seattle Mix as a celebration of their deal with Marshawn.

Beast Mode, Marshawn Lynch’s nickname and the name of his clothing brand, he got during his childhood; he said his football coaches called him a beast when he was a young boy. Lynch got in total Beast Mode when he recorded his career-long 67-yard touchdown run against the New Orleans Saints in January 2011; the run became known as Beast Quake. Beast Quake  2 was when he recorded his 79-yard touchdown against the Arizona Cardinals in December 2014.

Beast Mode also has his own Beast mobile cellphone service, where you can pay your phone bill by engaging in offers and ads. 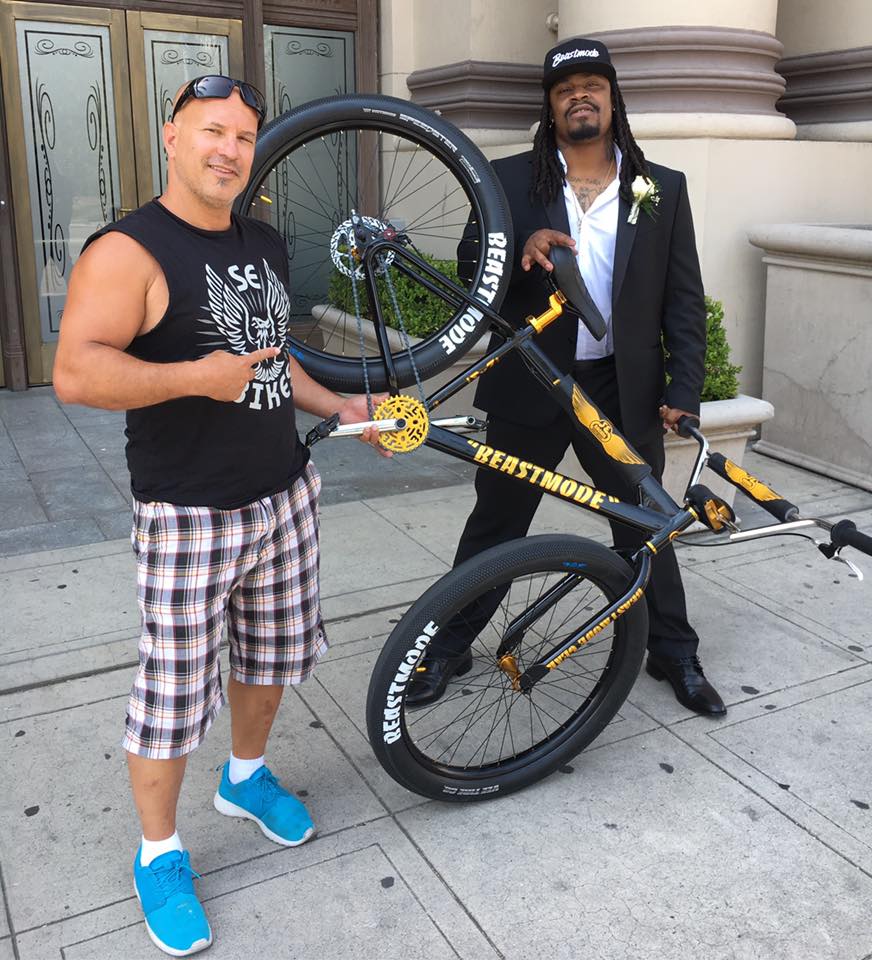 Back in 2012, Lynch purchased a beautiful 7,000-square-foot, five bedrooms,5.5 bathrooms home in Richmond, California, at $3.6 million. Thanks to his IG, we know that he also owns a stunning property in Oahu, Hawaii.

Marshawn’s home in Hawaii is a 2,831 square-foot five-bedroom, three-bathroom home in the Mokuleia area of Waialua, located next to Dillingham Air Field and Hawaii Polo Club, and he bought this one for $1.1 million.

He recently purchased a huge  Luxury Beds from Maree. Check it out. 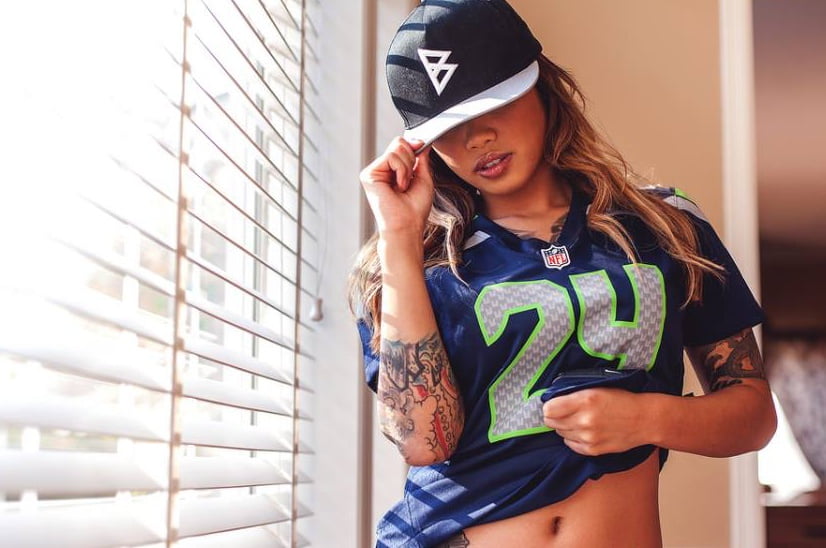 Marshawn Lynch is not married; it seems that he doesn’t have a girlfriend in 2021. You probably remember that back in 2013, he was dating model Charmaine Glock and singer Netta Brielle in 2017; although Lynch never talked publicly about any of these relationships 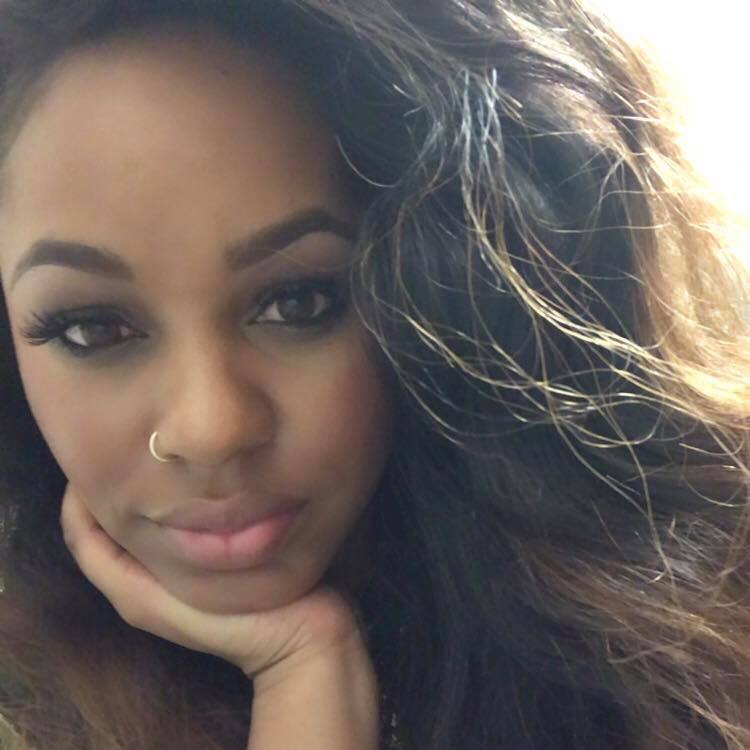 Marshawn Lynch doesn’t have children, but that doesn’t mean he isn’t planning to settle down and start a family; he once mentioned it during an interview with 60 Minutes.

Do you want kids? [Lynch is not married.] Yeah, I want kids. Why not?

Would you let them play football? I would let my kids do what they wanted to do, under [some] guidelines and knowin’ what’s really real.