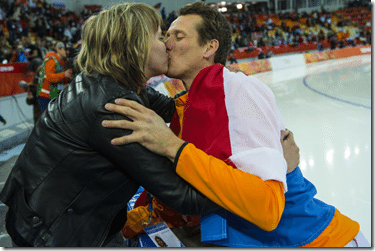 Meet Ester Groothuis, she is the wife of 32-year-old speed skater and current gold medalist, Stefan Groothuis. The couple and parents of two shared a tender kiss after Groothuis won the men’s 1,000 meter speed skating race at Adler Arena Skating Center during the 2014 Sochi Olympic Games Wednesday. Groothuis won the gold with a time of 1:08.39

Lovely Ester Groothuis-Hop has been married to the champ since September 17, 2010. The couple have two children, sons Luuk and Ties.

According to her Facebook page, Ester studied at the OBS de wiekslag school graduating in the class of 1994. She later attended Stedelijk Daltoncollege in 2000. In 2001 she also attended Hogeschool Tio college and in 2006 Saxion Hogeschool Deventer university. She worked as a Staff Officer Services Department for Ziekenhuis St. Jansdal from 2006 until 2009 and is currently working for the organization Landal Greenparks as a Support manager C&F. 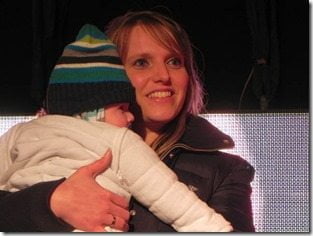 Ester’s husband’s start to the 2012/13 season was hampered by a viral infection. It hasn’t been a ride in the park for Ester’s hubby, and she has been through it all with him. In 2007 he severed 50% of his left Achilles tendon with his right skate while training. He underwent surgery and returned to the ice in 2008. 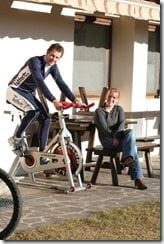 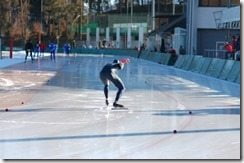 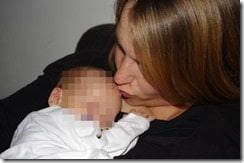 In 2013, he fractured the fibula in his right leg in a snowboarding accident. He has experienced problems with depression, including contemplating suicide in 2011. He works with a psychiatrist to keep it under control. You would think with his career highlights including several bonze, silver and gold medals he would have it all huh! But the mother of two has become her biggest support and fan.

She and hubby live in her hometown of Voorst.