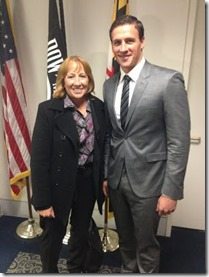 One of the words most feared to anybody just became a reality for the parents of Olympic swimmer and reality TV star Ryan Lochte!

Volusia County court records revealed Ryan’ parents final foreclosure judgment on their Port Orange, Fla. home was handed down on Oct. 31, 2013. Unfortunately for Steve and Ileana Lochte, the judge signed a judgment in favor of the bank to the tune of $304,219.95.

We are sorry to hear this situation for the man who beat Michael Phelps. Why don’t we talk about more about his lovely mother instead. We all know Ryan is very close to his family and he is probably going through this with them.

Ileana Lochte said none of her children was aware of the foreclosure proceedings.

“I just got divorced and I had lost my job and we’re trying to work it out,” she said. “I’m sad that the press thinks this is something to do with Ryan.

She and Steve Lochte divorced in 2011.

Ileana (Ike) Aramburu Lochte, she was born in Cuba in 1954 and moved to the USA when she was seven years old, of course she speaks Spanish very well and she is a great mother of 5. Next to Steven Lochte, Ike was Ryan’s first coach. She attended the Sacred Heart Academy in NY and majored in Physical education graduating from the University of Miami.

As you can see the Lochte family is so into swimming, that’s why Ryan loves it and is good at it. We don’t even need to mention that Ryan and Ike have an excellent relationship and as a good mother she keeps Ryan’s Olympic medals. 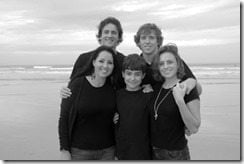 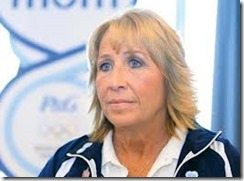 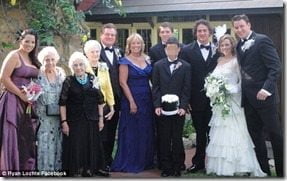 Ileana’s oldest daughter, Kristin is a happy married woman, mother of two boys ever Zaydin and Trustin. She is also a swim coach in Daytona Beach swimming and swam on college. Megan Lochte is also a mother of a beautiful girl. Devon Lochte is the young brother of Ryan, he swam at university for two years and then he decided to leave the team. Ileana’s younger son, Brandon is not so into swimming as the rest of the family, he prefers basketball.

She is definitely one proud mama. You can look her up on Facebook here.