The two hotties were spotted as they attended an ESPYs event in Hollywood, California last night. The 30-year-old Olympic skier looked stunning as always but we can’t help notice Karin, who rocked the carpet as well dressed in a champagne-color crop-top and matching hip-hugging skirt, giving a good glance at her curvy shape.

Karin, also the daughter of Alan Kildow and Linda Krohn, is one of five children and also hails form Saint Paul, Minnesota. Her sisters are Lindsey and Laura while brothers are: Reed and Dylan Kildow.

Her sister Lindsey Vonn, is known to  be one of two female skiers to win four World Cup championships. During the early years of Lindsey’s career her whole family had to permanently relocate to Colorado, she revealed she felt so guilty to have her siblings away from their friends, at the end everything paid off. 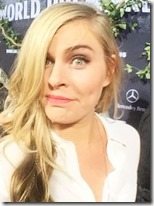 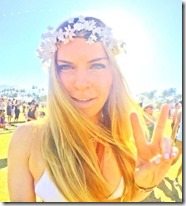 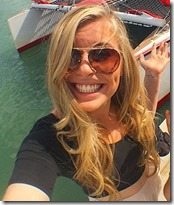 According to Kildow’s LinkedIn profile, she’s a successful Social Media Specialist for Red Bull and has been with the company for five years, holding several position such as team member, communications and field marketing specialist.

Prior to joining Red Bull, she worked Wexley School for Girls where she Researched and developed potential business for future advertising and marketing ventures, among other activities.

The blonde graduated from University of San Diego with a Communication, Psychology, Marketing degree in 2011. While there she studied at ITESO – Universidad Jesuita de Guadalajara for summer study abroad in 2008. In 2010 she went of to Florence University of the Arts.