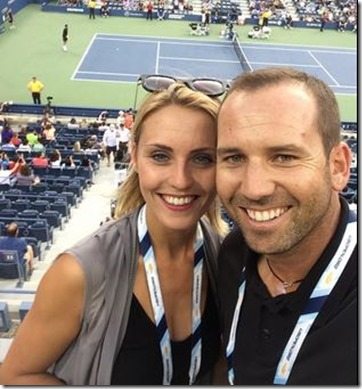 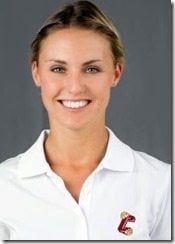 PinGarcia’s pretty girlfriend Katharina Boehm who is an avid golfer and huge soccer fan, has been seen with a huge diamond ring on her finger, but so far neither of them has announced any engagement. 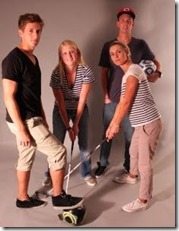 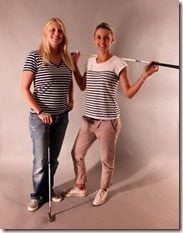 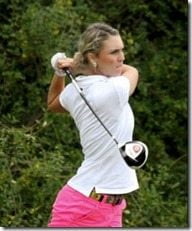 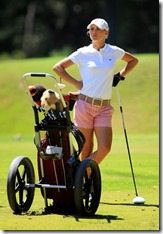 24-year-old Katharina Boehm born in Munich, Germany is a major Real Madrid fan which is funny because she sort of look like Sami Khedira’s hot girlfriend Lena Gercke, and certainly Kathrina support the German National Team. Watching the recent World Cup must have been pretty interesting as Germany won its first World Cup in 24 years, meanwhile, Spain was eliminated in humiliating fashion.

Ms. Boehm holds a major in communications and business from Charleston College where she also excelled in golf. You can find her Charleston profile here.

Katharina was by her man’s side with his bag when the Spaniard won in Thailand in late 2013, but she resigned from her caddie position this year. She was one of seven caddies her man had in the past year and a half, maybe there is a reason she stopped being his caddie and is now on a more “official” role? You know, since wearing a ring and all!

The former college golf star helped him win the tournament, can you imagine what a special bonding process that meant! 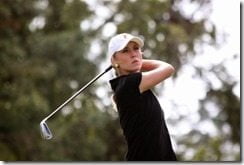 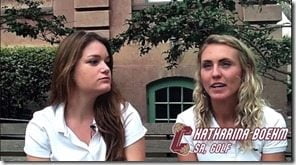 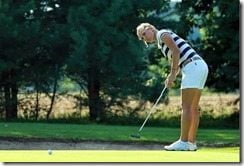 Katharina or “Kathy” as she is fondly called, put Charleston’s name high as she played in every event for four years, and her 77.03 stroke average is the seventh best in school history. Prior to her arrival at Charleston she was a member of the German national junior team who built an impressive resume in national competitions, finishing second at the German Girls Championship and seventh at the German International Amateur Championship in 2008.

The couple who is seen very relaxed these days as they enjoy the U.S Open is very private of their relationship status and even thought Katharine is very active on Twitter and posts pictures of the couple, they are not ready to say it just yet.