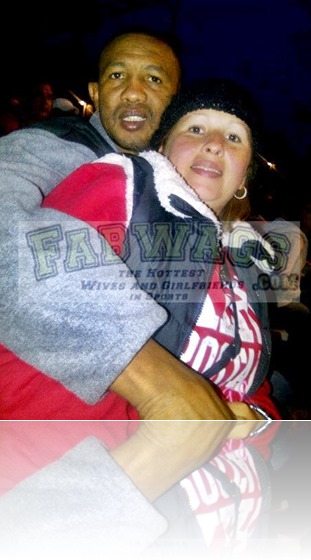 Sadly Venezuela continues to be the center of tragedy and crime, this time it was Antonio Cermeno the legendary Venezuelan Boxer who along his wife Maria Carolina Salas was abducted, Mrs. Salas managed to escaped her captors, but Antonio didn’t have the same luck, he was found on the road shot to death.

44-year-old Antonio José Verdú Cermak  had a 45-7 record when he retired in 2006, he was found dead Tuesday morning at kilometer 78 of the highway Gran Mariscal de Ayacucho. The athlete was kidnapped on Monday with his wife Maria Carolina Salas and two elderly friends  of Maria by a criminal gang by the vicinity of Makro La Urbina in the municipality of Sucre.

The discovery was made in an area at the entrance to Caucagua . His wife , Maria Carolina Salas, who was recognized as authorities reported the appearance of a body with the characteristics of Venezuelan boxer .Ransom for his release was never requested . According to media in Venezuela the kidnapping happened at about 7:30 pm on Monday , Cermeno his wife and the other women were forced to get into a van, their captors drove to the highway to Petare – Guarenas where they freed Maria Carolina Salas and the other women, Maria didn’t waste any time, ran to the police station and told them what  happened to them and that her  her husband was still at the mercy of the kidnappers,  because these men never call for ransom, police questioned whether  this criminal act was really a kidnapped or an act of revenge.

Yesterday morning , a committee of Polimiranda that was patrolling in the area found the unidentified body and immediately notified the Cicpc .  Legal Medicine officials  were in charge of inspecting the body and the crime scene. Antonio’s body showed two bullet wounds and injuries caused by blows.