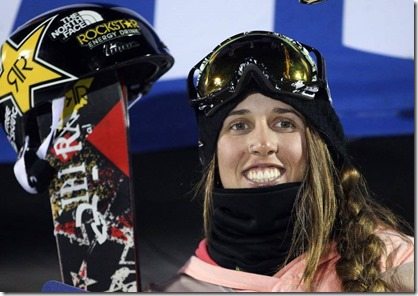 Maddie Bowman who?? The 20-year-old from South Lake Tahoe, Calif., won the first Olympic gold medal in women’s freeski halfpipe becoming the first US halfpipe skier to compete at an Olympic Winter Games and what’s more, nailed it!

The daughter of athlete parents. Her parents were both skiers. Her father was on the professional racing circuit and her mother competed in the Far West division in the United States and later became a coach.

She first started skating when her parents first put her on skis at age two on a small ski slope in Lake Tahoe, CA, United States. She was an alpine skier at first, but did not enjoy how serious the other competitors were. She then tried out the ski park and fell in love with freestyle.

Her hobbies include, wakeskating, going to the beach, mixed martial arts, mountain biking, spending time with her family and her dog and boyfriend? Well we are not entirely sure if she is off the market but she does seem to be very close to her friends. 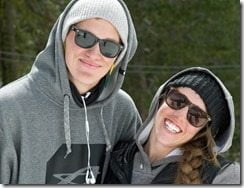 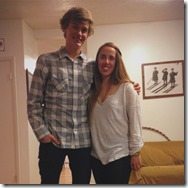 Bowman broke out onto the women’s freeskiing halfpipe scene in 2012 and she hasn’t looked back. With three X Games medals since her debut, now she can add Olympic champ to her achievements.

In December 2011 she hadn’t yet been invited to the Dew Tour, but earned her January spot after winning a Rev Tour event and taking fourth at the VISA U.S. Grand Prix at Copper Mountain, CO. She converted the ticket into victory at the Killington, VT Dew Tour stop and also took third at Snowbasin, UT. Her top spots also merited an invite to her very first X Games in Aspen, where she took home the silver medal.

The 2012 season came to a close with Bowman’s victory at the AFP World Championship halfpipe event thanks to her brand new cork 900. The win landed her third in the women’s AFP halfpipe standings.

The proud Cali girl enjoys everything the outdoors, she says,

“In the summer I try to do something outdoors every day. I try to live a really active life and am easily bored when I have too much down time. If I’m not competing or training and I have an opportunity to ski, you can definitely find me on the hill.”