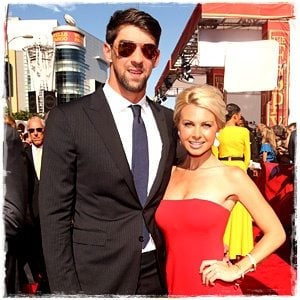 So long for Megan Rossee and Sarah, the latest girls who were dating Olympic swimmer Michael Phelps, because the girl who he took as his date to the 2013 ESPYS ceremony was no other that Win McMurry.

28-year-old Win McMurry  from Wilmington, North Carolina, she is known as Miss Fantasy Challenge is the beautiful reporter with NBC Universal’s Golf Channel, but she is also an award-winning on-air host, reporter, producer, model and author, you can find her weekly columns at GolfChannel.com.

Pretty Win McMurry graduated from the University of North Carolina at Chapel Hill with a Bachelor of Arts degree from the School of Journalism and Mass Communication, a second major in communication studies in 2005, and also holds a post-graduate certificate in Business from the Kenan-Flagler Business School at UNC. 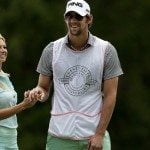 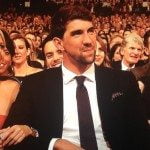 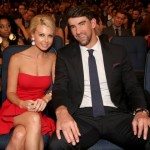 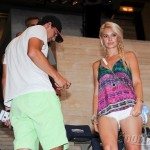 Before  joining the Golf channel in 2010, McMurry worked  with CBS Sports in New York City, traveling North America as a production assistant for the network’s extensive coverage of the NFL, College Basketball, and the PGA Tour, she also worked for two years in Manhattan as a field producer at WCBS-TV covering daily news and sporting events both in the field and in the newsroom for Channel 2 News.

This pretty and smart lady who as we mentioned to you before is also an author and host who has already won two Telley Awards for her outstanding job,  and her looks didn’t go unnoticed she was named Golf’s No. 1 Beauty by Sports Illustrated’s GOLF Magazine. She is a model and brand ambassador for  Birdy & Grace golf apparel. 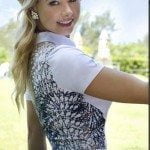