Gonzaga’s head coach Mark Few has been the leading guy for the Bulldogs for over three decades, his net worth this year has been estimated at $12 million. Since he joined the Gonzaga Men’s basketball team in 1989, it seems so long ago as a graduate assistant under head coach Dan Fitzgerald. Coach Few was a close friend to then Gonzaga’s assistant coach Dan Monson, who when Fitzgerald left Gonzaga became head coach for the Bulldogs and named Mark Few his assistant coach in 1990 and associate head coach in 1999.

Mark Few’s annual base salary is $3 million, that amount can be increased with bonuses for getting the Bulldogs to make NCAA championship appearances, he is the 24th highest-paid coach in the NCAA. Back in 2019, Mark Few’s annual salary was around $1.8 million 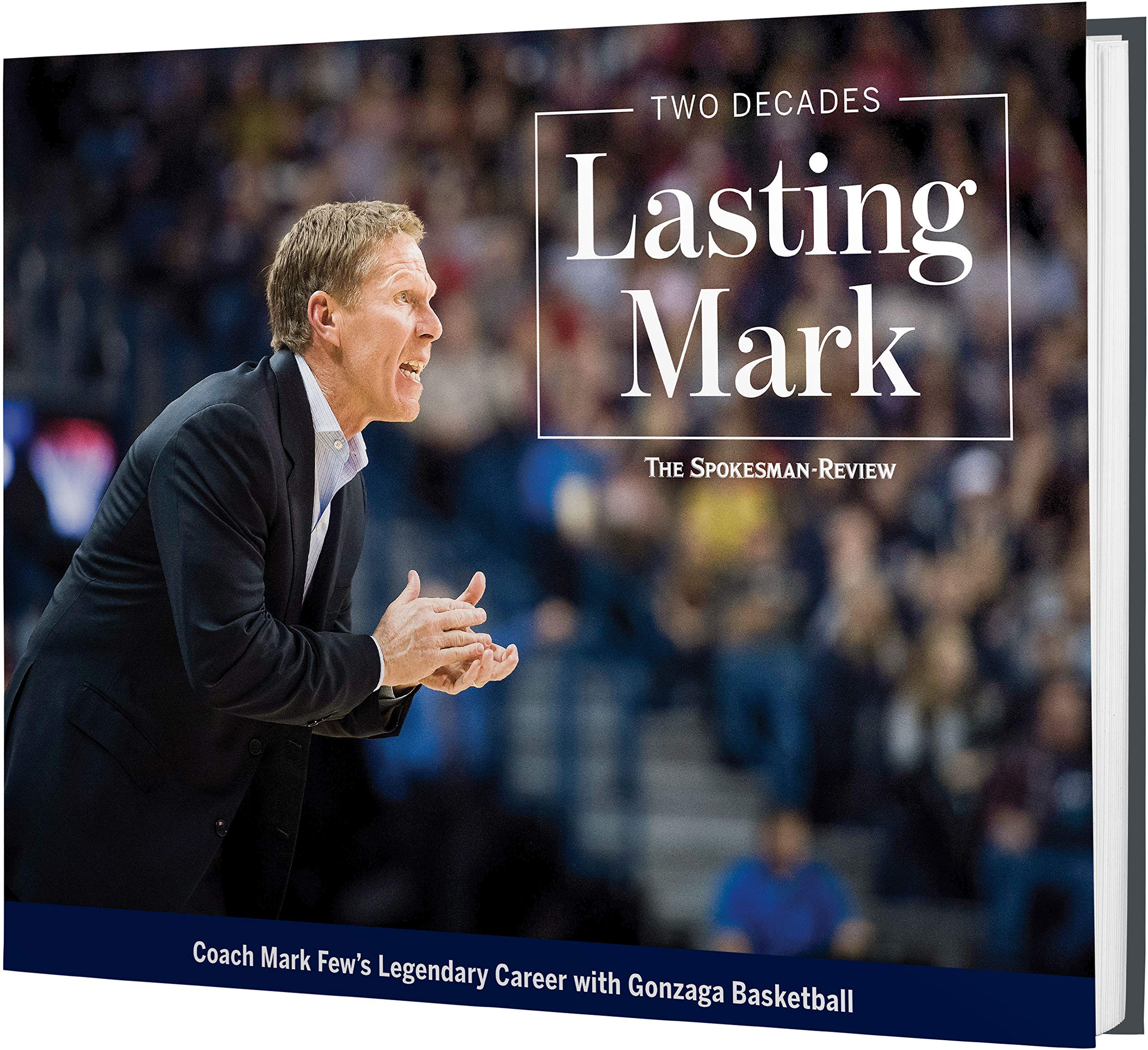 Coach Mark Few’s book details his career in 144 pages, where you’ll find amusing and entertaining stories, tons of photos and so much more. His book titled Two Decades: Lasting Mark: Coach Mark Few’s Legendary Career with Gonzaga Basketball was published in January 2020, and you can buy on on Amazon and also at Barnes & Nobles.

Readers said the book is truly a treasure for all Gonzaga Bulldogs’ fans.

I purchased this for my wife for Christmas. Book is better than expected and has a lot of very current photo’s included. Great to see the transition and it sure will remind you of players who may have slipped your mind had played. Recomended to all.

Coach Fеw born in Creswell, Oregon, graduated with a B.S in physical education from Oregon in 1987. He first graduated from Creswell High School in 1981.

Coach few the son of a Presbyterian pastor was a breathtaking point guard while he attended Creswell High, unfortunately, a dislocated shoulder during his senior year of high school affected his performance while he played at Linfield College, so he planned to rely on his baseball skills which meant he had to transfer, he had his eyes on the University of Oregon.

He arrived in Euguene only to find out the Ducks decided to terminate their baseball program, but he was already there, so he was getting the best of it, by 1987, he received his  Oregon with a Bachelor of Science in physical education from the University of Oregon.

Still, with a soft spot for basketball on his heart, Mark Few was able to get an unpaid part-time assistant at Creswell in 1983, while he was still in college; Creswell offered him a paid position when he had more time on his hands after graduating from Oregon, the year was 1986.

Coach Few has been a hard-working guy for as long as his peers remember, so in addition to his job as Creswell, he also worked at Oregon’s summer basketball camps and find an assistant gig at Sheldon High School in Eugene.

During his time in Oregon, he met Dan Monson, who became an important key for his move to Spokane, Washington, in 1989, joining the Gonzaga Bulldogs’ coaching staff as a graduate assistant.

Mak Few was eventually promoted to full-time assistant in 1990 and head coach in July 1999 after Monson left Gonzaga to join Minnesota. Mark Few had the opportunity to coach the United Stated National Basketball team during the 2015 Pan American Games in Toronto, Canada where they took the bronze home. He was an assistant coach preparing the team that represented the United Stated at the 2019 FIBA Basketball World Cup in China.

On March 24, 2022, Gonzaga will play against Eric Musselman and the Arkansas Razorbacks in the Sweet 16 tournament.

Mark Few truly loves the Gonzaga basketball program, he is grateful for the stability the program has offered him and his family, and his effort has shown his gratitude. With a coaching record of 626-124 (.853), has a record of the most consecutive tournament appearances since starting as head coach of 21, he is the only Coach to win 8 or more consecutive conference championships twice; here are other of Mark Few’s career achievements. 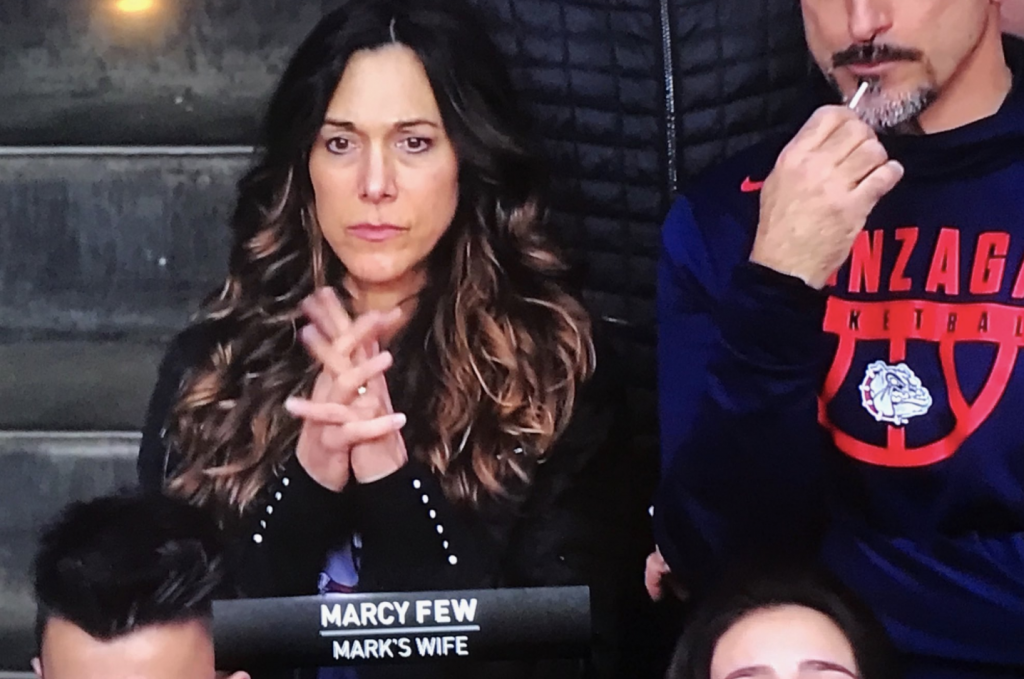 Coach Mark Few’s wife is Marcy Few also known as Marcy Laca; she was born Marcy Eileen Laca on April 15, 1970. She met Mark Few while he was working in Spokane and she had a job at the front desk at Gonzaga’s athletics facility. Moreover,  the Parma Hig  School graduate dated coach Few for a couple of years before they tied the knot on June 11, 1994; the ceremony was officiated by her father-in-law Rev. Norm Few.

Marcy and Mark Few raised over $1 million for the American Cancer Society, thanks to their charity golf tournament under the Coaches vs. Cancer Umbrella, which they first launched in 2002, nowadays their tournament is considered one of the largest Coaches vs Cancer fundraiser across the country.

In 2014, Marcy and her husband along with others created the Community Cancer Fund, they have since raised more than 17 million dollars; they later created  Camp Good Times, a week-long summer camp for kids with cancer; they opened a campus expansion of Spokane’s Ronald McDonald House, Hospitality Center at Kootenai Health and created a lodging facility for cancer patients and their families traveling to the area for treatment.