Jamie Ann Naughright formerly known as Jamie Ann Whited was a female personal trainer who accused Denver Broncos’ quarterback Peyton Manning harassment at the locker room at the University of Tennessee 20 years ago, certainly at the time Manning was not married to Ashley Manning his wife since 2001.

She reached a $300,000 settlement with the university last week and agreed to resign. UT announced the agreement late Friday without disclosing the extent of her complaints.

President Joe Johnson confirmed Tuesday the settlement will be paid with revenues from the athletic department, not taxpayer dollars.

A UT investigation conducted after Ms. Whited filed the complaint last year verified at least four of her 33 claims involving athletes, trainers, coaches and administrators. It noted athletes or trainers received some form of discipline in other cases.

But the report also contained some denials and memory lapses by Ms. Whited’s colleagues and administrators. In those cases, investigators reached no conclusion and dismissed the claims as vague or too general.

Investigators concluded “both parties share responsibility for the current environment.”

“Ms. Whited often sent mixed messages about matters complained of in her allegations in that she herself exhibited similar behavior or did not make clear that she found particular conduct to be offensive,” the report said.

“Likewise, the Athletics Department administration could have avoided some problems by more clearly conveying to Ms. Whited the basis for actions she considered to be discriminatory.”

People interviewed by investigators said Ms. Whited frequently used profanity in an effort, as one put it, “to prove that she was one of the boys.”

Ms. Whited gave a different account in the complaint filed Aug. 27, 1996. She said harassment allegations at UT “are treated as jokes and efforts are made to protect the student-athlete, and cover up the complaints.”

Among Ms. Whited’s complaints were that she was embarrassed by the nickname “Bumper,” which she said athletes gave her because of her breast size.

She also said she was the subject of a song wit innuendo sung by the track team, had student trainers barge into a storage room where she changed clothes and received warnings that “other athletes were referring to me in a innapropiate manner and that I should be concerned for my safety.”

But it was the incident involving Manning, considered among the favorites for the Heisman Trophy, that apparently was the final straw.

On Feb. 29, 1996, Manning exposed his buttocks as Ms. Whited bent over to examine his foot in a training room. Manning called it a prank intended for another athlete, apologized and was punished with extra running.

Ms. Whited cited the incident as the reason for taking a medical leave.

She was unavailable to comment Tuesday. A message on her home answering machine said she was grateful for the “opportunity for academic and professional achievement” at UT over the past 11 years.

“I will spend my educational leave expanding my research on health issues related to football student-athletes,” she said.

Marilyn Hudson, her attorney, called it “an arduous ordeal. We are glad it is over with.”

“It takes a lot for anybody to come forward,” said Ms. Hudson, a specialist in discrimination cases, “and the larger and more influential the employer, the more courage and bravery it takes.”

Some university officials were upset that Manning received the brunt of attention from the complaint. His father, former NFL quarterback Archie Manning, took it in stride.

“I know that around the country people kind of put their own headlines on stories,” he said. “But that’s just the way it is. I’d just like for it to die now. I believe it will.”

As part of her settlement, Ms. Whited agreed to turn over tape recordings of university employees made during her employment. University officials refused to say what is on the tapes.

According to the pact, UT will hold them in a safe deposit box through June 30, 2005, then destroy them.” 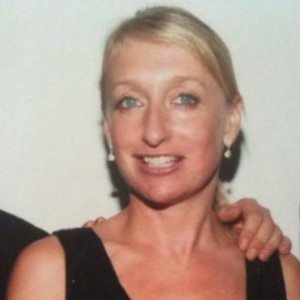 According to Jamie Naughright’s biography, she is a professor of athletic training; yoga studio owner with 19 years of experience evaluating, treating, and preventing sports injuries for athletes. In addition, she assists Rodney Yee and Colleen Saidman with the Urban Zen Foundation Yoga Program founded by Donna Karan.

Speaking of designer Donna Karan, back in November 2010 Jamie Ann Naughright claimed she suffered a “herniation of at least one cervical disc” and a “bilateral fracture of her mandibular joint” at the hands of therapist Stephen Robbins, who worked on her at Donna Karan’s apartment.